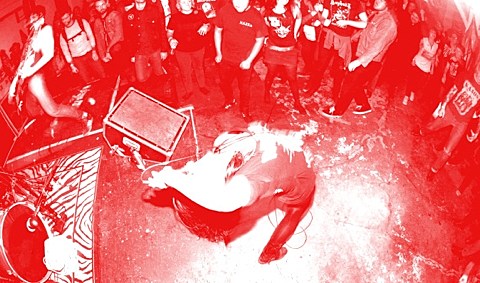 California has a long history of deranged-sounding punk rock, and San Jose's Permanent Ruin uphold that tradition admirably. Their instrumental attack translates as undisciplined at first, but theirs is a studied messiness that benefits from stronger production values than most such bands tend to have; the vocals, by contrast, convincingly fly way off the handle. Their new San Jose EP is a hell of a shot to the arm. Stream it below.

Permanent Ruin will be hitting eastern North America for a two-week tour in March, including a leadoff NYC stop at the Acheron on March 15. They'll be joined by Ajax (mems of Creem, Nuclear Spring), Pleasure Industry and Public Hex. Tickets for that show are on sale now. All dates (most venues still TBA) are listed below.

The tour will wrap up with two stops at Cambridge, MA's Smash It Dead Fest, which describes itself thusly:

Smash It Dead Fest began in 2011 as a weekend-long benefit for the Boston Area Rape Crisis Center (BARCC). In addition to raising funds for this crucial organization, the Smash it Dead collective aspires to use punk music, workshops, and discussion as means for spreading awareness about sexual assault. We hope to open doors of communication within our community to deal with these issues in a better, more sustainable way.

Other bands on the lineup include Margy Pepper, Downtown Boys, Neonates, La Misma, Homewreckers and many more. Full lineup below.

As mentioned, La Misma and Nuclear Spring also team up with Exit Order, Priests and Good Throb for the NYC stop of the latter two bands' tour. That tour also includes another punk fest, Damaged City.

Full Smash It Dead Fest lineup, along with the Permanent Ruin EP stream and list of dates, below... 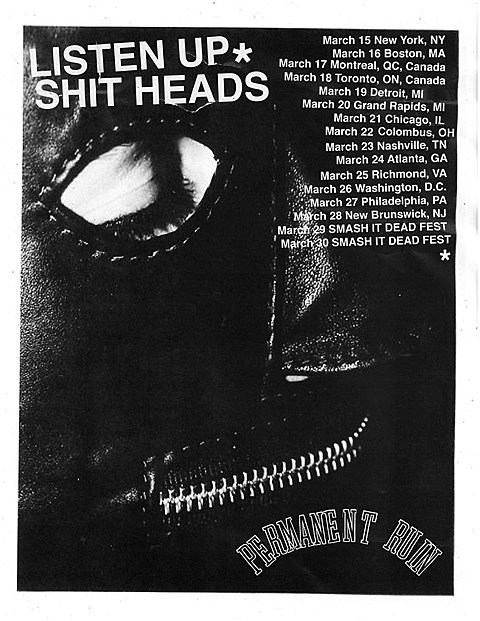