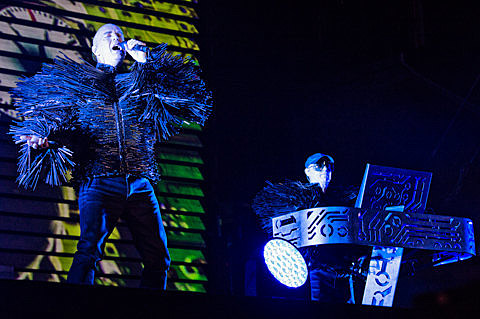 Arch synthpop legends Pet Shop Boys will be making the most of their trip to Coachella 2014 by working in a few shows around the country while here. The last of those is here in NYC at Terminal 5 on April 26. Tickets go on AmEx presale today (1/29) at noon, with the regular on-sale starting Friday (1/31) at noon.

Shows on this tour promise "the full Electric production" they performed last year. All tour dates are listed below.