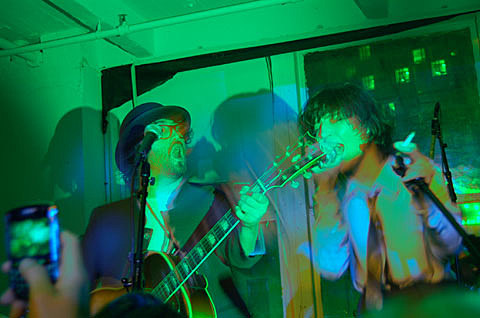 ...according to Sean Lennon and model/musician/birthday-girl Irina Lazareanu who brought up their sadness at Pete not being at the party multiple times throughout the night. Sean said that Pete made it as far as JFK, but was met by cops who forced him to turn around and fly home. 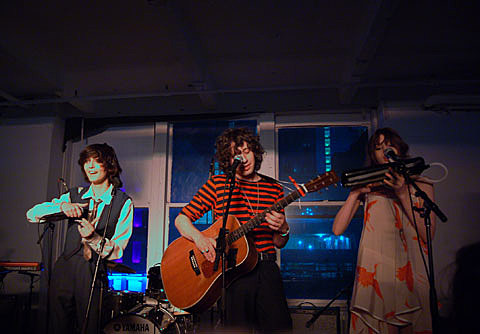 The party was hosted by Irina Lazareanu (both Pete and Sean's ex girlfriend) (she was even engaged to Pete). Irina, in addition to chain smoking, performed with Sean, Sean's current girlfriend and bandmate Charlotte Kemp Muhl and Adam Green (and Adam's girlfriend (?) Cory Kennedy who played tambourine on a song). Pete was supposed to be a part of the supergroup too. They said they rehearsed with him in mind (at which point Sean said he could now get metal and they played a Sabbathy tune). They also played an Adam Green song, a Bob Dylan song, the Twist, and some other stuff. 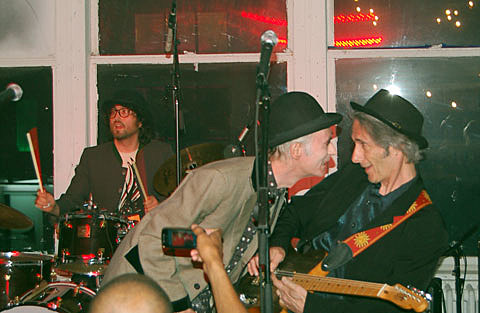 BP Fallon opened the show both as DJ and then as frontman of his own band that included Lenny Kaye on guitar and Sean Lennon on drums. Not counting the photo of Leigh Lezark on the wall, that they were supposedly selling for charity, I didn't see any Misshapes there (they were also on the flyer). Paul Simon and Yoko Ono, both rumored as unannounced guests, were nowhere to be found either. Someone told me Bruce Willis was there, but I didn't see him. Oh yeah, and Adam Green had a black eye. More pics and stuff coming later.