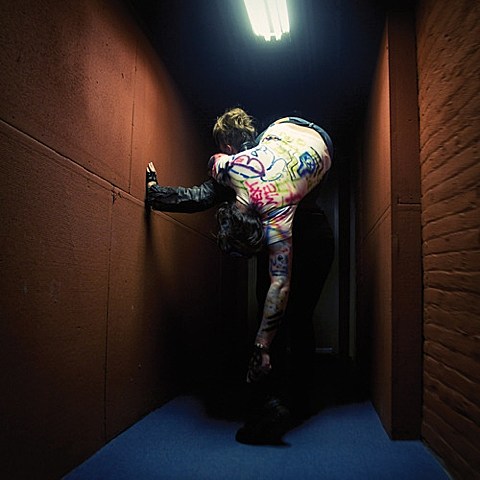 Pete Swanson (formerly of Yellow Swans) will release his new EP, Punk Authority, this Tuesday (3/12) via Software/Mexican Summer. Similarly to his past work, it's an EP of eardrum-damaging technoise, and you can stream the entire thing along with the music video for "Grounds For Arrest" below. That's the album art above.

Pete will celebrate the new EP with a release party in Brooklyn on Friday (3/15) at 285 Kent. It's a Bunker party and also includes Silent Servant, Metasplice, and The Bunker's Bryan Kasenic. Tickets for that show are on sale now.