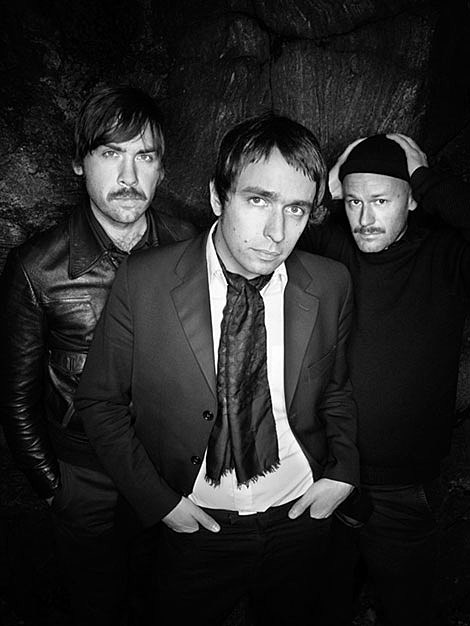 "...Europe's finest musical 3-piece, Peter Bjorn and John, release their new album Living Thing on Almost Gold Recordings/StarTime International on March 31st 2009. Produced by the band and Lars Mårtén, who also had the control of the mixing dials, the album was recorded in 2008 in Stockholm, New York City and Los Angeles with an unprecedented level of input from the band and reflects the musical tastes, influences and personality of each individual member more than any previous PB+J album. The first taster "Lay It Down" sets the stage for an album full of perfectly crafted gems, all of which carry the distinctive sound that has come to define the trio. From the moment the album opens with the minimalist groove of "The Feeling" to the childlike hook of "Nothing to Worry About," PB+J have created a thoughtful, finely tuned follow-up to Writer's Block that combines the unique strengths and talents of each musician to ultimately find the band at their most adventurous and cohesive.

Primal Scream will play Webster Hall in NYC on March 28th, and since that show was announced, it has come out that Primal Scream will also appear at SXSW in Austin a few days earlier. Also appearing at SXSW this year: Peter Bjorn and John, and it can't be long before they also announce a NYC show.

I posted that new Peter Bjorn and John track, and its accompanying funny video, last month. That "Shut the Fuck Up" song is actually called ""Lay it Down" and will be track #8 on the album (thx japple26). The MP3 Kanye West posted on January 6th is also on the new album. Kanye modestly wrote:

WORLD PREMIERE ... THEY SENT THE SONG TO ME FIRST! PETER BJORN & JOHN... SHIT IS DOPE!! DRUMS ARE CRAZY AND I LIKE THE KIDS ON THE HOOK. THERE NEW ALBUM IS CALLED "LIVING THING" ..... WITH ALL THAT SAID I DON'T KNOW THE NAME OF THE SONG... LOL!!!... I'M GONNA ASSUME IT'S CALLED, "NOTHING TO WORRY ABOUT"

"NOTHING TO WORRY ABOUT" is the name of track four. Full tracklist, and all tour dates, below...