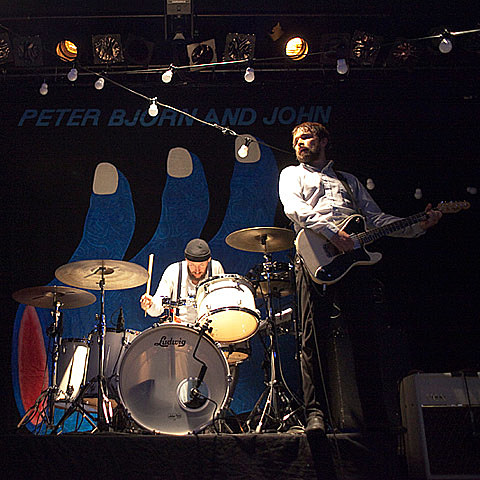 Peter Bjorn and John just finished up their tour with Bachelorette in support of the new album GImme Some. After hitting NYC three times on that trip, PB&J are back for more this fall on their All You Can Eat Tour.

The All You Can Eat Tour is the band's longest US tour yet, but the amount of shows is much less than the number of cities. The tour kicks off in Chicago on August 24, but stays there for four shows. Toronto and LA also get a bunch of shows each. All dates are listed below...