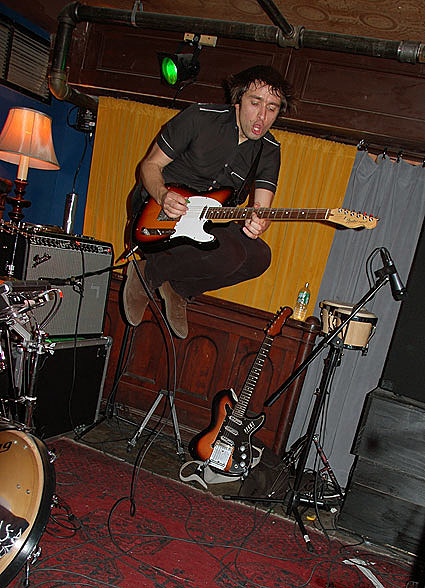 Peter Bjorn and John played a last-minute "secret show" at Union Hall in Brooklyn Sunday night (January 28th). The show was set up so the band could practice a bit with their new American sound engineer and tour manager before playing their scheduled serious shows at Mercury Lounge and Bowery Ballroom on Monday and Tuesday. Press was not invited. Tickets were only sold to 50-or-so people who pre-ordered their CD at Other Music on Friday and Saturday. The other 50 tickets (capacity of about 100 there?) went to who-knows-who.

I wanted to go, but figured I'd never make it to Other Music in time on Friday (January 26) to get a ticket.

Instead I headed over to Sidewalk Cafe to catch the all-star anti-folk lineup of Paleface, Kimya Dawson and Jeffrey Lewis. How stupid I was to think that getting to Sidewalk Cafe ten minutes after Paleface's scheduled 8:00 pm start time would be early enough to get in - Sidewalk was PACKED, and at capacity. Nobody else was getting in. Bummed (and thinking I should have chosen Ted Leo or M Ward instead), I left and decided to take my chances at Other Music - they stay open until 9:00 on Fridays. Long story shorter, they still had tickets! I still would have loved to have seen that Kimya show, but scoring the PB&J ticket was just as sweet. 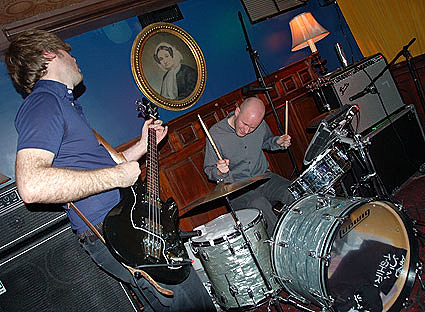 The Sunday night Brooklyn show, which also ended up being the Swedish trio's first-ever U.S. performance, kicked off around 10:30 pm and ended about 11:45. Eugene Mirman and Michael Showalter's weekly comedy show happened in the same room from 7:30 - 9:30. I'm pretty sure Eugene stayed for PB&J too. Carl Newman of the New Pornographers was also present, but ex-Concretes vocalist Victoria Bergsman was not - actually it's possible she was there, but she didn't join them on vocals when they played their hit single "Young Folks" (mp3 above). She will be joining them on their remaining U.S dates though - and I'm sure she'll be a bonus even though Peter definitely did just fine without her at Union Hall (he was aided by a Swedish friend on the bongos instead & too).

In fact, Peter, Bjorn and John ALL did just fine all night - more than fine - AMAZINGLY FINE (legendary fine?? - it felt that way)...they ROCK even --> definitely the best show I remember seeing in a long time, and one I won't forget any time soon. 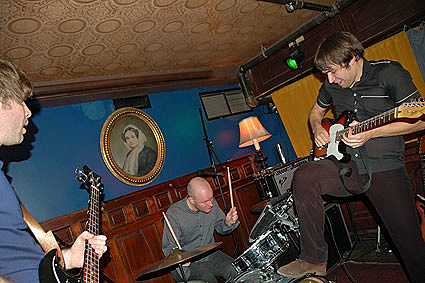 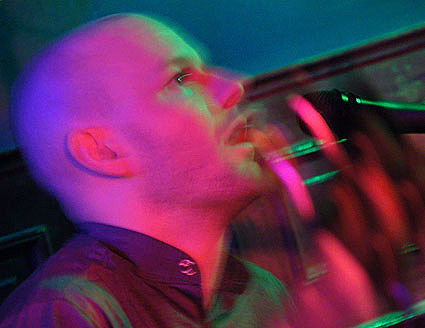 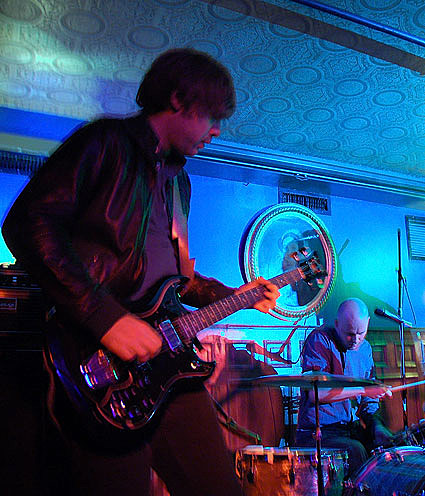 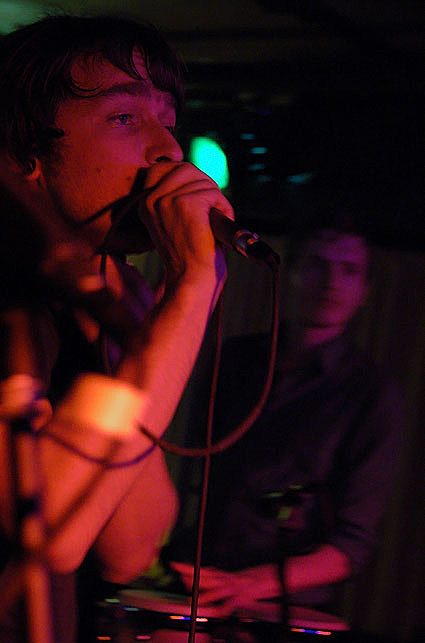 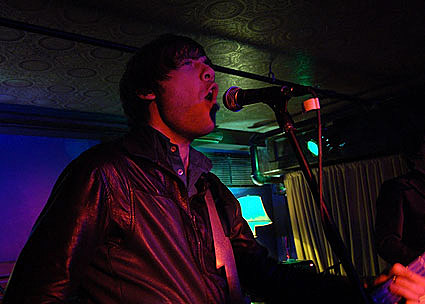 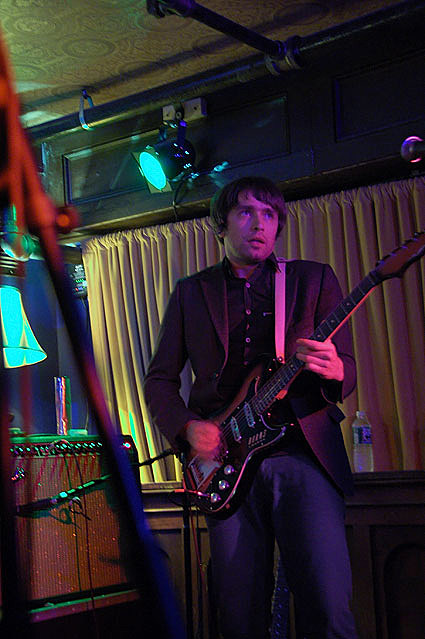