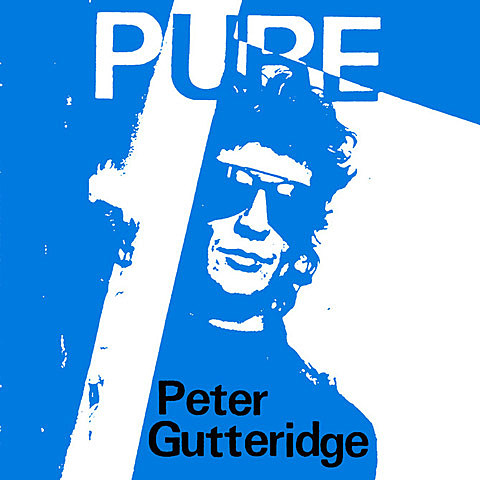 North American fans of '80s/'90s kiwi pop have had it good lately. The Clean are touring in support of Merge's great (and affordably-priced) Anthology box set; Flying Nun has set up American offices and have reissued LPs by The Bats, The Verlaines and The Clean; and just today we got the news that Peter Jefferies would be touring for the first time in 20 years.

More news, though mainly just for folks in (or visiting) NYC. Peter Gutteridge happens to be in town and has been convinced to play a show while here -- his first-ever American performance. Gutteridge spent time in original line-ups of both The Clean and The Chills before starting noise-rock band Snapper in the early '90s. In 1989, he put out a solo album, Pure, which was reissued recently by 540 Records and which he'll be performing in full at the show. You can stream that in full below.

Also on the bill is Mega Bog, aka Seattle resident Erin Birgy, whose new album, Gone Banana is out September 23 on Couple Skate. (That label is now part of the Omnian Music Group umbrella which includes Captured Tracks, Flying Nun and more.) It's hazy, charming bedroom indiepop and you can stream a couple tracks from it below.

The Palisades show also has IJI of which Birgy is also a member, plus EZTV who make Marshal Crenshaw / Nick Lowe style powerpop (they were pretty good at Baby's All Right opening for Jacco Gardner earlier this month). $10 at the door. Flyer for the show, plus streams of all on the bill, below... 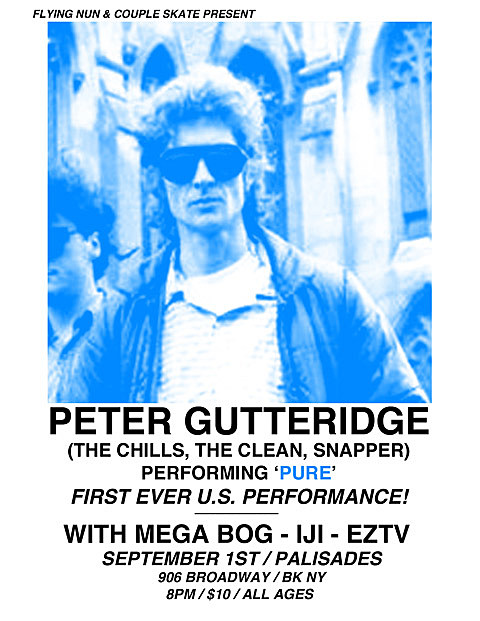