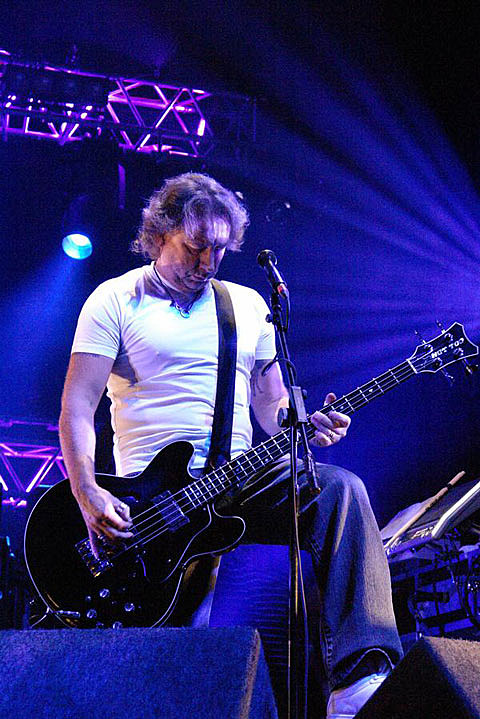 After visa issues forced Bernard Sumner project Bad Lieutenant to reschedule their first Webster Hall date, followed by a forced cancellation of their US dates in April due to volcanos, it's looking more likely that ex-New Order/Joy Division bandmate Peter Hook will appear at the NYC venue first.

Peter Hook and his band The Light will hit the road for a string of US dates including Webster Hall on December 3rd to perform (much like Deerhoof/Xiu Xiu did recently) all of Joy Division's Unknown Pleasures. Ticket info is forthcoming.

It's not the first time that Hooky has roped out the classic LP for a string of dates, as the 30th anniversary of Ian Curtis's death provided an impetus for a batch of UK dates:

"I went to see Ian's grave... - it was such a beautiful day I thought I'd go and say hello to him and see how he was," he explained. "It's really odd after all these years when you go and do something like that, you see all these tributes [at the grave] and it's really nice."

Hook added: "Now some people will say, like they did about this show, that you shouldn't do it and then a lot of people are thinking that you should do it. So it was nice that we had a club full of people tonight who think we should be doing it and the others can just fuck off." -[NME]

Full tour dates and a ton of video from their recent UK dates are below...

Disorder - Peter Hook and Friends play Unknown Pleasures on the 18th of May at Factory.