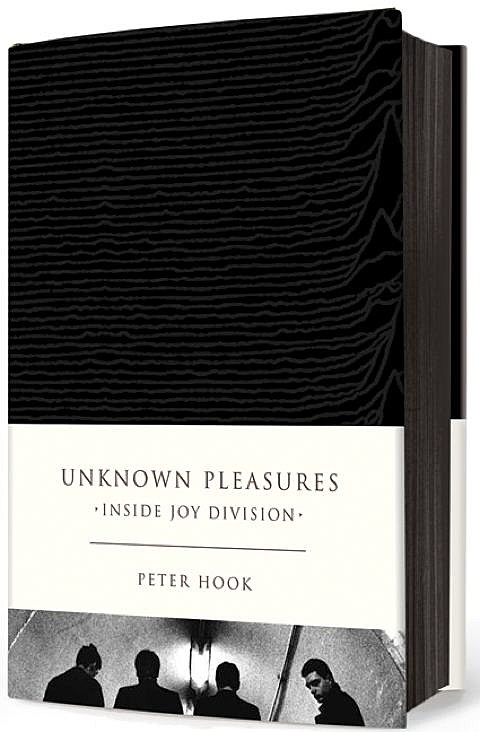 The demystification process starts with Hook's portrayal of himself as a laddish delinquent who, thunderstruck by punk rock, spontaneously decides to form a band with Salford schoolfriend Bernard Sumner, and only develops his distinctively high, melodic bass-playing style to counteract the shortcomings of a cheap amp. Even as he lays bare Curtis's juvenile side, Hook seems somewhat in awe of the singer: the charismatic highbrow with the arty Belgian girlfriend and the love of Ballard and Burroughs.

There's a lovely image of Curtis in the studio, assembling his brutal, beautiful lyrics by rummaging through a carrier bag full of scraps of paper. Hook and Sumner are cast as comic relief, constantly overruled by belligerent producer Martin Hannett ("a lunatic wizard") and forbidden from speaking in interviews by manager Rob Gretton. "He didn't do it to create a mystique around the band but because he thought we were a couple of cretins." - [The Guardian]

Peter Hook's Unknown Pleasures: Inside Joy Division, a first-person account of his first band, came out back in October 2012 in the UK but will just now see a North American release on January 29. The bassist will promote its release with a book launch at DUMBO art space/bookstore Powerhouse Arena on January 28 that will include a conversation with Pitchfork's Brandon Stousy, as well as "DJ Sportcoat will be on the turntables, and drinks will be served." The event starts at 7 PM and is free.

This is Hook's second book, the first was The Hacienda: How Not to Run a Club, an extremely entertaining account of the Manchester club the band co-owned with Factory records and became ground zero for the late-'80s UK rave scene. Meanwhile, Hook continues to regurgitate his musical past with his band The Light. Having toured the Joy Division albums, he's gearing up to bring New Order's first two albums, Movement and Power, Corruption and Lies, on the road as well. While this may seem even more ill-advised than touring the Joy Division albums, Movement actually features Hook on lead vocals on "Dreams Never End" and "Doubts Even Here." No North American dates as of yet. And as you may know, New Order are going on without him, having played NYC back in October. 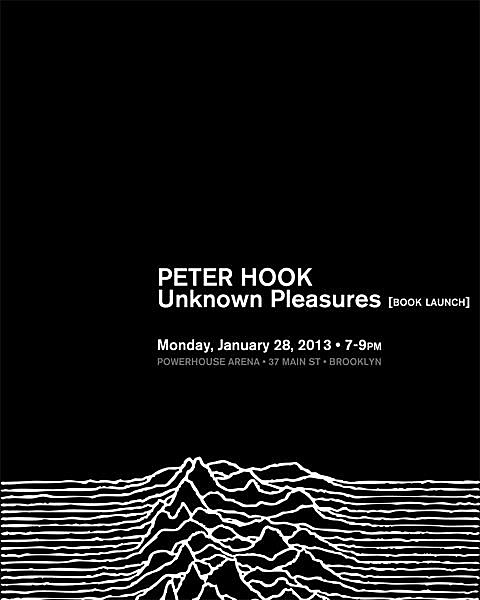