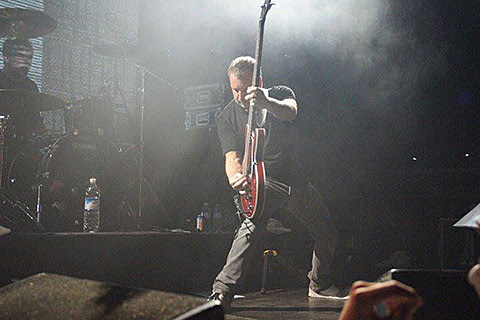 Peter Hook is continuing to work his way through the New Order catalog, touring two albums at a time. This fall he and his band The Light will be performing 1985's Low-Life and 1986's Brotherhood in full. They'll also be their own opener, doing a set of Joy Division songs to start the evening. Those dates include a stop in NYC at Irving Plaza on November 7. Tickets to the NYC show go on sale Friday (3/7) at 10 AM with a Music Geeks presale starting Thursday (3/6) at 10 AM (password is "musicgeeks"). All dates are listed below.

As someone who thinks Low-Life is New Order's best album, I have to admit getting to hear deep cuts "Sunrise," "Sooner Than You Think" and "Face Up" (and Brotherhood songs "Weirdo" and "Way of Life"), which New Order haven't played in eons, is kinda appealing. Hook's plowing through his ex-band's discography is getting weird, though. When he toured Movement and Power, Corruption & Lies last year, those were early records where the through-line to Joy Division was still obvious. But these mid-'80s records, New Order had fully established their own identity and it's really hard to think of these songs without Bernard Sumner, Gillian Gilbert and Stephen Morris.

To get a good look at New Order (who play the Tibet House benefit soon) in this mid-'80s creative peak, you can watch concert video Pumped Full of Drugs, filmed in Tokyo in 1985, which is pretty great. Stream it, with the list of tour dates, below... 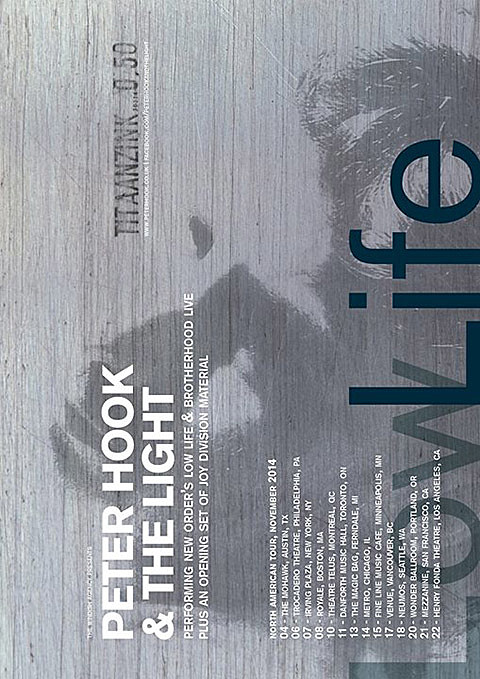