As mentioned, Peter Hook and his band The Light have moved on from performing Joy Division albums in full to now doing the first two New Order albums, 1981's Movement and 1983's Power, Corruption and Lies. He actually sang lead on two Movement songs, so maybe it's slightly less outrageous as it first sounds. He's just announced a North American tour of that which stops in NYC on September 13 at Webster Hall. Tickets for that show go on sale Wednesday (5/22) at noon.

Meanwhile, his former bandmates are touring as actual New Order this summer, including their NYC stop at Williamsburg Park on July 24 with Holy Ghost! Tickets to that show are still available.

All Peter Hook & the Light tour dates are listed below. 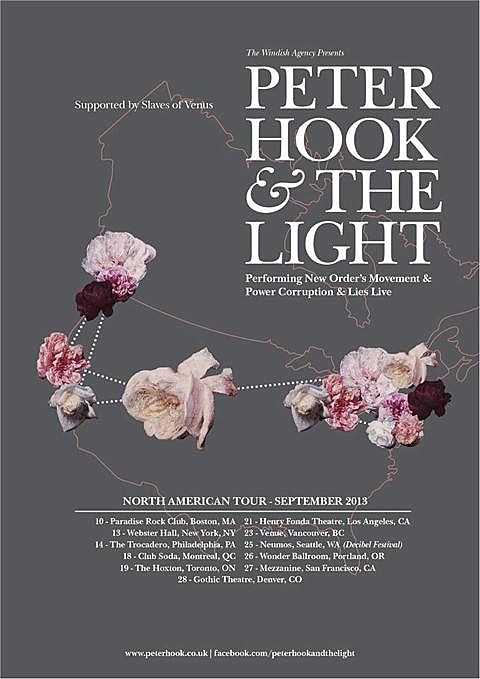