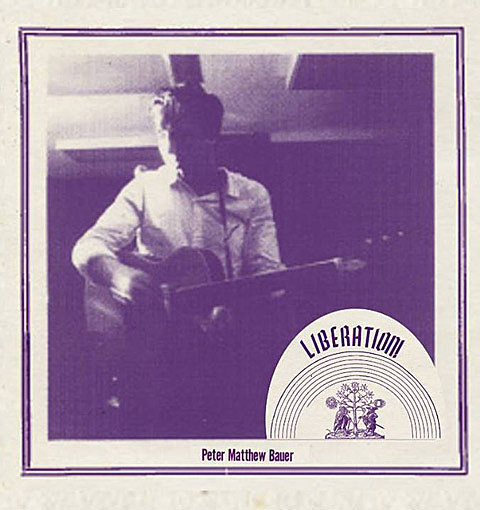 Former Walkmen bassist Peter Matthew Bauer will release his solo debut, Liberation!, on June 24 and a second song from the album has just been shared. Unlike the Petty-ish rocker "Latin American Ficciones," this new one, "Philadelphia Raga," is gentler, with brushed drums, acoustic guitar and reverb-soaked vocals. It's a lovely little song and you can stream it below.

Bauer will be playing a few East Coast shows around the release of Liberation!, including one at Brooklyn's Rough Trade on June 26. Tickets for that show go on sale Friday (5/2) at noon.

Other release week shows include Philadelphia and Washington, DC. Dates are listed, along with streams of both available songs from Liberation!, below...