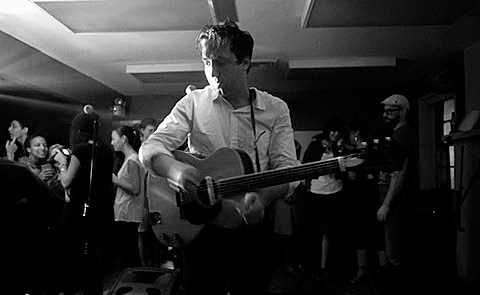 We already let you know that The Walkmen's Peter Matthew Bauer would be releasing his solo debut at some point this year. We now know the specifics -- Liberation! will be out June 24 via Mexican Summer. That is a ways off but you can stream the stomping, anthemic "Latin American Ficciones" from it right now in this post.

Bauer will be previewing the album over the next couple weeks with a few live dates. He plays Brooklyn's Baby's All Right on Thursday (3/6) with Eastern Midwestern and tickets are still available. After a show in Philly on Saturday (3/8), he'll head to Austin for SXSW so look out for him there if you're going.

The Walkmen's Hamilton Leithauser has a solo record on the way, too. All Peter Matthew Bauer dates are listed, along with the Liberation! tracklist and new song stream, below...