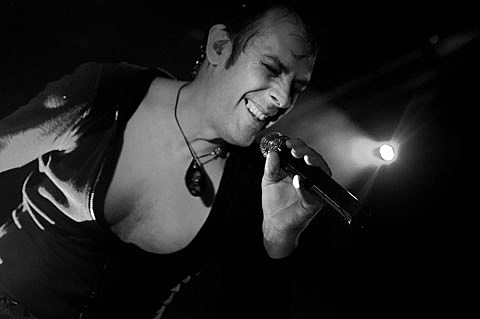 Peter Murphy, who recently announced a 2nd-annual "Miracula Halloween Special Event" that will take place "Halloween 2012 at a secret location in Los Angeles", just finished up a set of West Coast dates that included an LA show at the Roxy on 8/16. Check out the setlist from that gig below.

The former Bauhaus singer is heading towards Brooklyn where he'll play new Bushwick venue The Well on Sunday, August 26 with openers Crystal Stilts, Small Black and Air Waves. Tickets are still available but if you'd like to go for free we have two pairs of tickets to give away. Details are below.

No other new shows at The Well have been announced, with the rescheduled Slaughterhouse show on September 8 (tix) and Thee Oh Sees / Ty Segall on September 22 (tix) being the only other two shows remaining.

The flyer for the Peter Murphy show, his recent LA show setlist, and contest details are below... 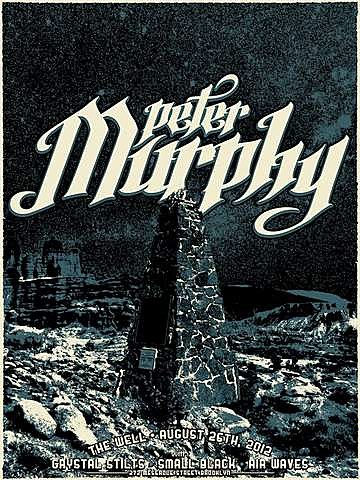 ======================
For a chance at winning a pair of tickets to see PETER MURPHY at THE WELL: either tweet something that includes both @BrooklynVegan AND "PETER MURPHY" in the tweet, or send an email to BVCONTESTS@HOTMAIL.COM with the subject line "PETER MURPHY". Include your first and last name in the email. We'll pick a winner at random and contact them with more details. If you enter by email, it will not be shared with anyone else. Good luck!
======================