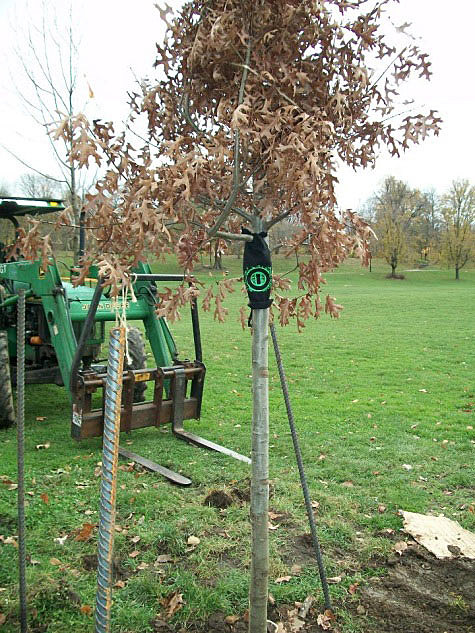 Deceased Type O Negative frontman and ex-NYC park worker Peter Steele had an oak tree planted in his honor in Brooklyn's Prospect Park recently thanks to the effort of a Facebook group called "Peter's Tree". More pictures from the planting (with clues on how to find the tree) HERE.

In related news, original Type O drummer Sal Abruscato (who left Type O to drum exclusively for Life of Agony) has a new project called A Pale Horse Named Death which is playing the Studio at Webster Hall on December 9th. Type O's 2nd and final drummer Johnny Kelly (who also plays with Danzig including recently at Fun Fun Fun Fest) plays drums for Sal who has moved out from behind the kit for this band as you can see in the video below...