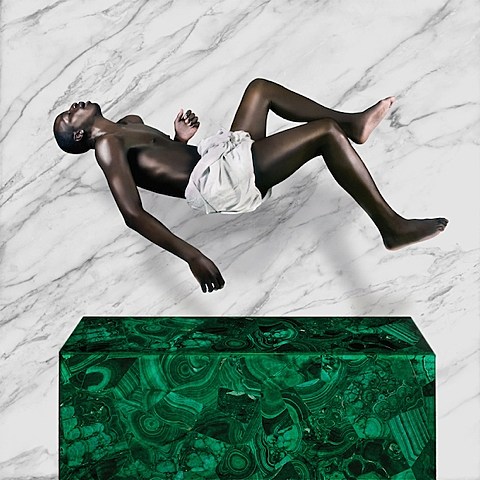 Petite Noir, aka multi-genre South African artist Yannick Ilunga, released the The King of Anxiety EP earlier this year on Domino, and the label will put out his debut full length in September. It's called 'La Vie Est Belle / Life Is Beautiful, drops on 9/11, and is prefaced by the lead single "Down." You can watch the video for that below. That's the album artwork above.

Petite Noir also has tour dates coming up, including two in NYC. The first is an Afropunk-curated Red Bull Sound Select show on July 14 at Lot 45 (411 Troutman St in Bushwick). Openers and RSVP info TBA. Then he returns in August for the Afropunk Festival in Commodore Barry Park (8/22-23) with Lenny Kravitz, Grace Jones, Lauryn Hill, Kelis, Danny Brown, Suicidal Tendencies, Kele, Thundercat and more. Tickets for that fest are still available.

All dates are listed, with the new video and album tracklist, below...