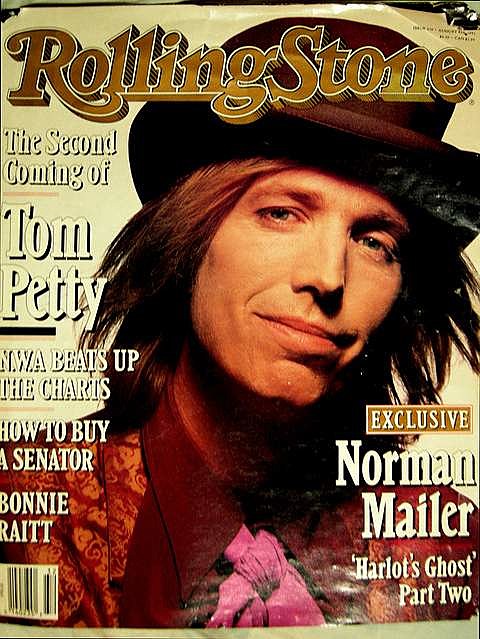 Petty Fest is returning to NYC this year on October 24 at Webster Hall for "A Night To Celebrate Tom Petty." Many of the usual suspects are lined up for this one, like Nicole Atkins, Jesse Malin, Sammy James Jr. (of The Mooney Suzuki), and others. In addition to that, we've got some other interesting additions like Father John Misty, Devendra Banhart, Matt Sweeney (of Chavez, Zwan, and others), Caveman, and Har Mar Superstar, who played last year's Petty Fest, is returning as well. Tickets for the show go on sale Friday (9/28) at noon. All proceeds will benefit Sweet Relief Music Fund & The Musician's Cancer Fund.

Father John Misty will be bringing his tour with La SeraJeffertitti's Nile to NYC around the same time, hitting Music Hall of Williamsburg on October 23 and Bowery Ballroom the same day as Petty Fest (10/24). The Bowery Ballroom show is sold out but tickets for MHOW are still available.

Devendra Banhart will also be in NYC around that time to support Swans at Bowery Ballroom on October 28 and Music Hall of Williamsburg on October 29. Tickets for those two shows are still available. Swans also play Bowery Ballroom on October 10 with A Hawk and A Hacksaw, but that one's sold out. Devendra also recently said in an interview, "I finished a record. It's going to be put out by Nonesuch Records. And I didn't know that until today actually. It's kind of my dream label. So I'm really happy about that."

A video of Har Mar Superstar doing "Refugee" at last year's Petty Fest and this year's full lineup are below.

Brought To You By The Best Fest, Makers of Dylan Fest & Stones Fest