In the same vein as last year's Dylan Fest at the Mercury Lounge (and with much of the same cast), the Bowery Ballroom is hosting "Petty Fest" on Thursday, September 3rd. The opening band is The London Souls. A house band, called "Cabin Down Below Band," will be joined for the main act by guests that include Hymns, The Pierces, Jesse Malin, Adam Green, Matt Romano & Rodrigo Amarante of Little Joy, and Fabrizio Moretti of Little Joy/The Strokes. Tickets are on sale. Full lineup and flyer (and videos) below... 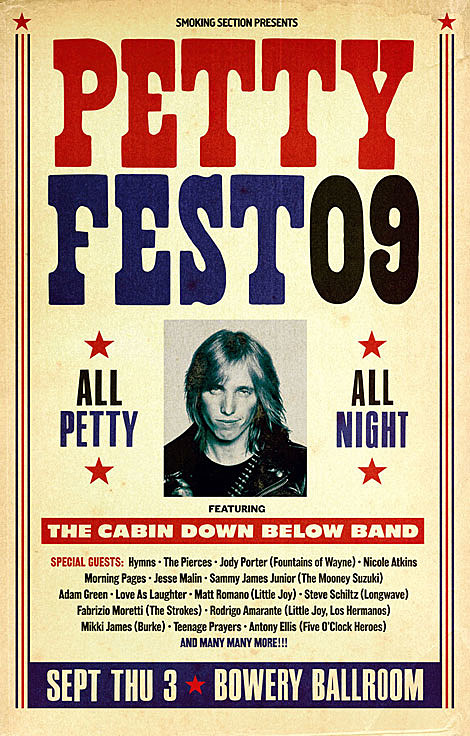 PETTY FEST
A tribute to the music of Tom Petty.
Thursday September 3rd
Bowery Ballroom in NYC
With The Cabin Down Below Band

Fabrizio and Little Joy also have a show coming up at Webster Hall.