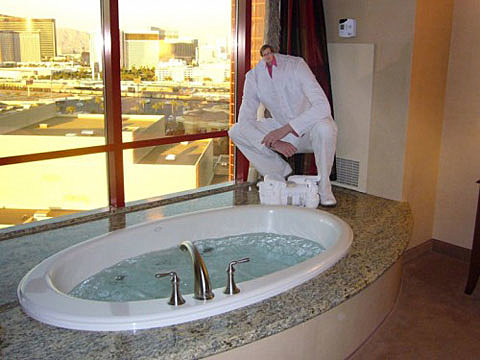 Hey readers. Long time no write, amIright? I haven't been writing much these days and I bet you thought/hoped I was dead or something. Wrong! Unlike most people (according to the news media) I have a job and lately it's talons have been dug so deep into my flesh and lard that I haven't been able to deal with anything else. I poked my head outta the trenches today to wipe the sweat and offal from my brow and noticed that we in the Tri State area are on a collision course for some seriously incredible comedy, like, really soon.

First off, on Friday February 10th at 7:30pm the UCB Theater (Chelsea) will play host to the great and way-not-famous-enough Tom Shillue and his show Tom Shillue's Funny Story. The show is more a storytelling affair than a stand-up affair and will feature a STELLER line-up including Bobby Tisdale, Bob Walles, and Gavin McInnes. This is an EXTREMELY miraculous line-up and the fact that it isn't sold out tells me that there's probably only one or two tickets left. I cannot tell you how brilliant Shillue is. Get. On. It.

After that show ends, get those gorgeous hemispheres (bunz) of yours upstairs and down (or up) to the PATH train and make your way into Hoboken for a special, off-site-off-nite edition of the great Pretty Good Friends. PGF is usually hosted by Eugene Mirman every Sunday night in the subterranean confines of Union Hall. However, they are shaking the fuck out of things and bringing PGF to Maxwell's in Hoboken on Friday February 10th at 9:30pm. The show will be hosted by Kurt Braunohler and feature the likes of Andrea Rosen, Wyatt Cenac, and Todd Barry. Some tickets are still available, so get yours before they go the way of the Dodo. These two inexpensive events will bring you face to face with some of my personal favorites in the biz. Live it up! You CAN do this.

Last but not least... first there was ONE, then TWO, then THREE, and now there are FOUR Demetri Martin shows happening at NYU. The newest one happens at the Skirball Center on February 15th, at 9:30pm. Tickets are on sale, and we're also giving away tickets to the third one which is now sold out like the first and second.

ALSO
* Rob Delaney added a 2nd NYC show!
* Those in Chicago should go see Brian Posehn this weekend!
* Follow @bvComedy on Twitter!
* "SXSW Comedy" is expanding its offerings in Austin this year
* We're giving away a pair of tickets to see Tosh at Radio City.