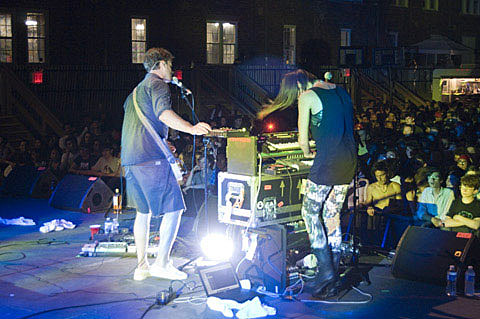 Phantogram played a set at the Beach at Governors Island in July. They'll be in the city next at the end of a September/October North American tour with Josiah Wolf. Then play Music Hall of Williamsburg on Friday, October 29th. Tickets go on AmEx presale Wednesday at noon. General sale starts Friday at noon.

Josiah Wolf is a member of Why?, just played a Brooklyn Pool Party, and is the older brother of that group's frontman Yoni.

A Josiah video and all Phantogram tour dates are below...

--
Liz Hodson + Josiah Wolf "All of Me" FMLY sessions