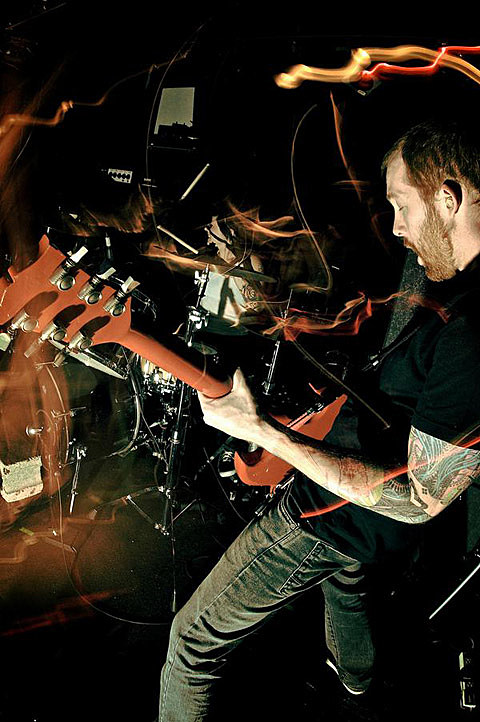 Phantom Glue recently bid adeiu to drummer Terri Christopher (of 27), but the Boston band made up of members of Huguenots and Proselyte are still on schedule to play a string of dates on the East Coast in late January. January 28th means a Brooklyn show at The Acheron with support from Defeatist, Xaddax (featuring Nick of ex-Dazzling Killmen) and Castevet (who will also appear at the same venue exactly two weeks earlier with Seidr, Lake of Blood, and Falls of Rauros).

Castevet/Defeatist bassist Josh Scott's other band, Radiation Blackbody, will also play a show with Xaddax at Bruar Falls on 1/26 with Vaz and Fall Of Another Day. Josh Scott listed his Top Albums of 2010 for us. Check that out now.

The Acheron will also host Cali-killers The Love Below and NJ's own Pharoah on January 23rd, one day after the two bands play the A389 anniversary in Baltimore with Integrity, Haymaker, Dropdead, Rot In Hell, and a number of notable others. Pharoah played NYC on 12/20 at Lit Lounge with Dutchguts and State Graves (ex-Easter).

Phantom Glue welcomed their self-titled debut via Teenage Disco Bloodbath Records earlier this year. The Kurt-Ballou-produced effort maintains his patented crunch. It falls somewhere between High On Fire and hardcore on bruisers like "Brainbow" and "Phantom Glue" - both songs that are downloadable above and streaming below.

Tour dates, song streams and some video below...