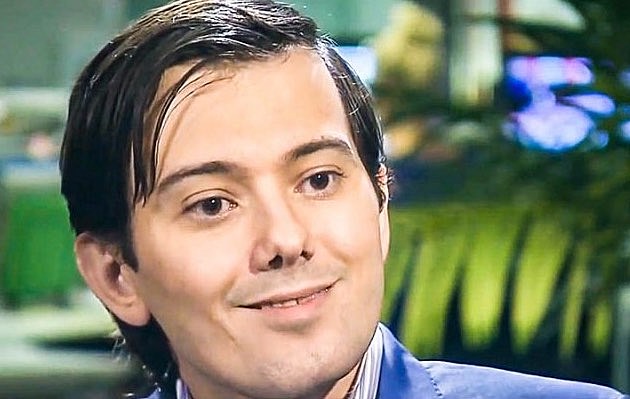 After dropping around $2 million for only copy of The Wu-Tang Clan's Once Upon a Time in Shaolin, Turing Pharmaceuticals CEO and former Collect Records backer Martin Shkreli is not done spending loads of money on hip-hop related things. He plans on bailing out rapper Ackquille Pollard, aka Bobby Shmurda, who was arrested in a drug sting last year and has been sitting in jail awaiting trial ever since. His label, Epic Records, wouldn't bail him out but Shkreli wants to, as he told HipHopDX:

Forget whether you think he's guilty or not, the guy should not be sitting in jail right now. It's insane. He's from Brooklyn. I'm from Brooklyn. He deserves a fair trial. He deserves good lawyers. He doesn't have good lawyers. His label is hanging him out to dry and so I have a conference call tomorrow morning with them (December 15). I'll show up with $2 million bail money no fucking problem. He's not going to flee the country. I'm not going to lose anything. I'm going to try to make that happen. That's one thing I'm working on.

It should be no surprise that there would be some quid pro quo going on:

He's going to have to do something for me. I don't know what that's going to look like yet. He's going to owe me one, obviously. I'd like to pay for his legal defense as well. I'm a big fan but also I'm an opportunist. You know that. I see an opportunity here. He's a talented guy. Every concert I go to, people yell "Free Shmurda." He reminds me of me, quite frankly. The guy's totally irreverent. He doesn't give a damn what people think. Totally irreverent. Totally I don't give a fuck. I love him. I just love that style. He's from not far from where I'm from in Brooklyn. I'd love to help him out. I wish someone would have helped me out when I needed help. He doesn't have much money, I know that. He's definitely hurting for money. He needs a bailout, basically. I'd like to help him out. No big promises, but I'll see what I can do.

Elsewhere in this highly entertaining interview, Shkreli says he has ambitions to be rapper himself:

I think I'm a creative guy. I've got a pretty deep knowledge of Hip Hop. I've got a good vocabulary, a decent sense of humor and enough material to last a fucking lifetime. I've got enough material to write five autobiographies. At 32 years old, I've seen and done more shit than just about anyone. That should help. Sometimes it's just that magic that makes one of these guys different from another. I'm not counting on that, that's for sure. I'm counting on how I have a lot of money. Can I be the next Suge Knight or Puff Daddy or whatever in this game? Probably. Birdman? Probably. What does Birdman do? He fucking rubs his hands and fucking every now and then maybe he'll say something. But he'll try hard to look cool and bullshit.

The whole interview, which hits on The Wu-Tang Clan and lots more, is something else and is worth reading.