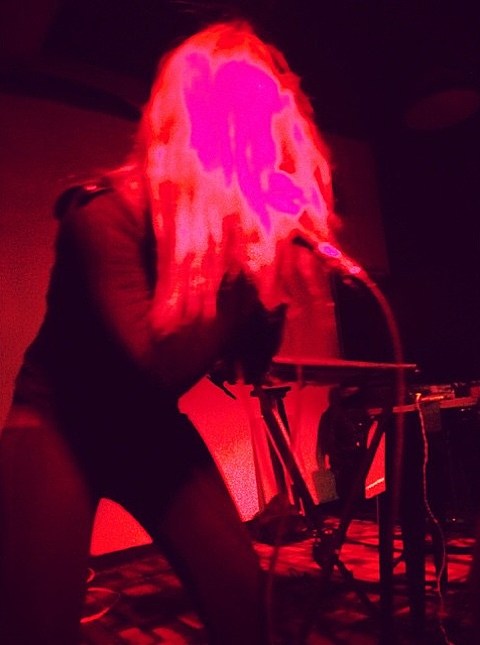 Pharmakon, who put out one of The Quietus' favorite albums of 2014, recently played a release show for that album, Bestial Burden, at Palisades on November 22 with Ligature. Now the local noisemaker's been added to another show with Ligature on the bill, Saint Vitus on December 11 with the likeminded Puce Mary (also on The Quietus' list) and the insane Destruction Unit-related Marshstepper, as well as Aischrolatreia and Penchant. Tickets for that show are still available. Pharmakon has two other dates this month. All are listed below. The Vitus show is also one of three NYC dates for Puce Mary on her tour.

Speaking of Sacred Bones-signed NYC artists playing Saint Vitus, labelmates Pop. 1280 and Anasazi have a show there on January 15 with Bootblacks. Tickets aren't on sale yet, but should be soon.

All Pharmakon dates are listed, with a video from the Palisades show, below...