Pharmakon at Mercury Lounge - 9/11/13 (via @idieisaiahdavid) 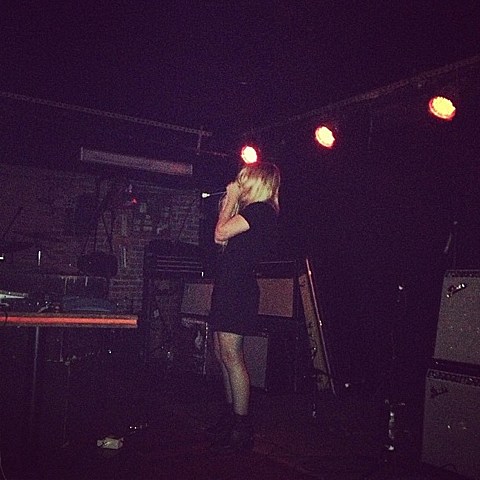 Pharmakon recently wrapped up a tour with Swans and even more recently played Mercury Lounge with Destruction Unit and Ukiah Drag on Wednesday (9/11). We missed that show, but we didn't miss Destruction Unit during Northside or Pharmakon with Hoax last month. Did you go to Wednesday's show? How was it?

She plays another NYC-area show a bit north of here tonight (9/13) for the first day of Hudson, NY's two-day Basilica Sound Scape. Joining her on tonight's diverse lineup is Pig Destroyer, Julianna Barwick, Evian Christ, Richard Hell (reading), and more. Tickets for tonight will be available at the door, and advance tickets for Saturday are still available.

Pharmakon also announced that she is expanding her European tour and adding west coast shows before she crosses the pond to play a number of dates including several festivals and a secret show in London in support of her recent album Abandon. Pharmakon's club shows include dates with Deafheaven, Savages, Kim Gordon and more. All tour dates are listed below.

Pharmakon's show with Destruction Unit at Mercury Lounge earned a mention in this week's New Yorker in the Goings On About Town section, marking what has to be one of the few times (I'm looking at you, Prurient) the words "power electronics" have made it into the mag. Check out an insane photo of Destruction Unit from that show and continue reading for complete Pharmakon tour dates below... 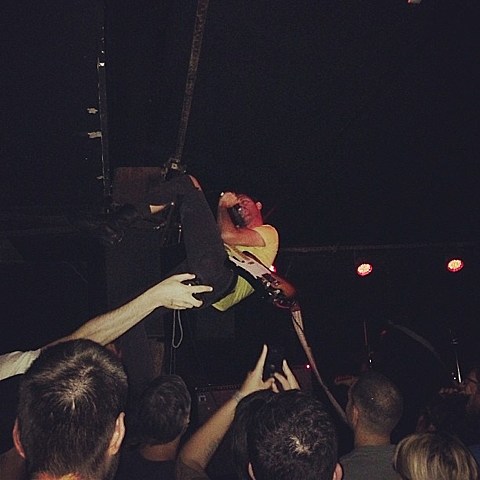