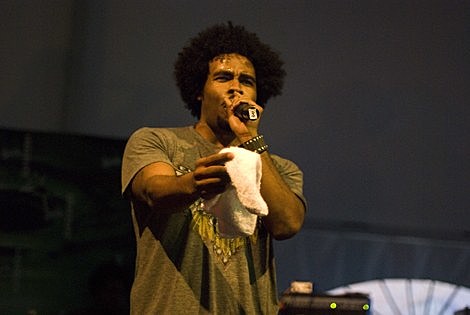 Internal Affairs is the solo debut from former (present?) Organized Konfusion member Pharoahe Monch, released on Rawkus Records and Hollywood Records. The album spawned the Hot 100 hit "Simon Says". Monch made his highest debut on the charts, just missing the Top 40 on the Billboard 200 album chart, going on to sell over 200,000 copies. However, because of the illegal use of music from Godzilla versus Mothra as a sample in "Simon Says," the album was deleted. The album was well received by music critics and fans, receiving a near-perfect 4.5 mics rating from The Source. About.com ranked Internal Affairs #84 on their list of 100 best rap albums. - [Wiki]

In celebration of the 10th anniversary of that landmark release, Pharoahe Monch has scheduled an October 17th show at Sputnik in Clinton Hill. Tickets are on sale. The flyer (below) lists a gang of invited guests, a good portion of which appeared on the classic LP. I wouldn't expect all/most/hardly any to attend.

Flyer and "Simon Says" video below. 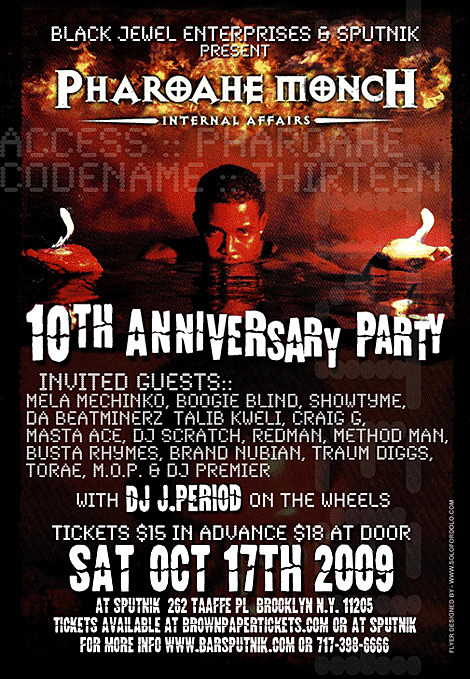