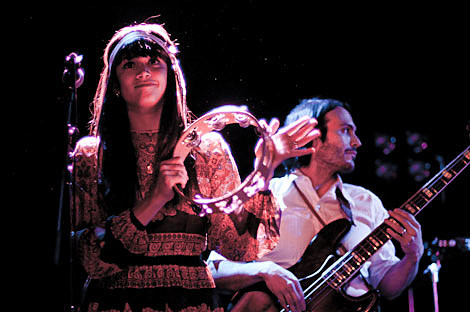 The band's next, and only upcoming gig is a free show at Southpaw in Brooklyn on Tuesday, May 12th with Golden Triangle and Wizardry. Details on that, and some videos of PHB at SXSW, below...

The Phenomenal Handclap Band performing at Radio Room in Austin, TX for SXSW '09