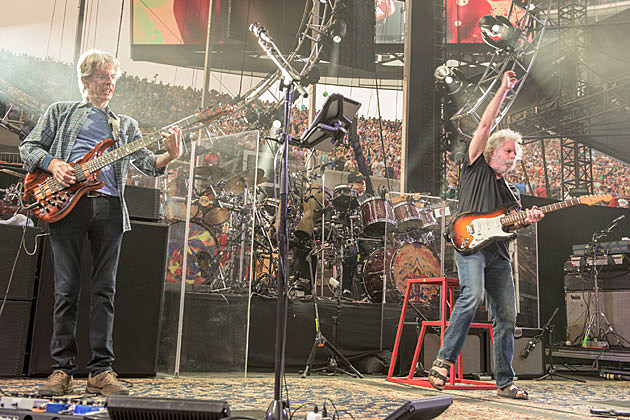 Grateful Dead bassist Phil Lesh has announced a couple of NYC-area birthday shows (he's turning 76). The shows will go down in Port Chester at the Capitol Theatre on March 17 and 18, and his band (aka "The Q") will feature Warren Haynes, Jimmy Herring, Rob Barraco and John Molo. Tickets for both shows go on sale Friday (1/15) at noon.

Phil has some other shows coming up, including a show at Terrapin Crossroads in California where they'll be playing the same set from the Dead's Terrapin Station show in 1982.

In other Dead news, Dead & Company, which features other remaining Dead members Mickey Hart, Bill Kreutzmann and Bob Weir, along with John Mayer, announced from the stage at their LA show on New Year's Eve that they have more dates planned for 2016, Billboard reports. Their 2015 tour included three MSG shows.

In related news that you probably don't care about, John Mayer is also back in the studio (yaaaaaay).

Check out Phil Lesh dates and a video of Phil's last run at the Cap, below...