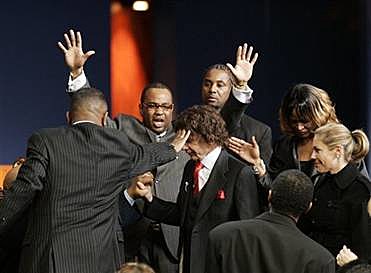 The memorial service Friday for rock 'n' roll pioneer Ike Turner was much like the life of the troubled star: rich in music and applause, defensive about the nature of his legacy and, for good or bad, most memorable for its moments of controversy.

Phil Spector, fabled record producer and recent celebrity defendant, decried Turner's defining public persona as the abusive former husband of Tina Turner, a reputation largely shaped by the 1993 film "What's Love Got To Do With It," which Spector called "that piece of trash movie that made up things about him." He also insisted, "Ike made Tina the jewel she was."

Spector also took potshots at Oprah Winfrey, Whoopi Goldberg and Tina Turner, all of whom he said contributed to demonizing Turner, who died Dec. 12 at 76. [The Seattle Times]