photo: Philly during Made In America 2013 (more by Greg Cristman) 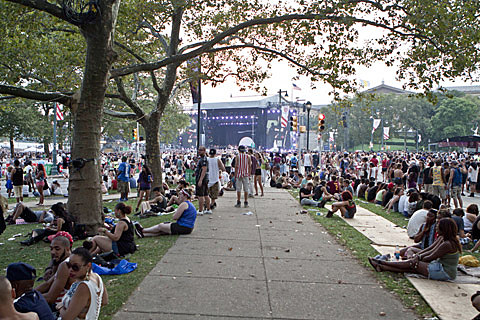 Last week, Philadelphia City councilman Mark Squilla proposed a bill that would require artists performing in Philly to share their personal information with police. The bill was instantly met with backlash, and now Squilla has withdrawn it. He said, via Philly.com, "There's been so much confusion and misinformation about the bill that, even if we struck that out, some people would show up to oppose it not understanding what they were opposing."

Dyana Williams, president of the Philadelphia chapter of the National Academy of Recording Arts and Sciences, agreed with the decision to withdraw the bill, saying "We're one of the top music cities in the United States, and what this did was put a negative spin on the city, which isn't accurate."