photo: Petal at Golden Tea House in 2014 (via Ryan Balduuin) 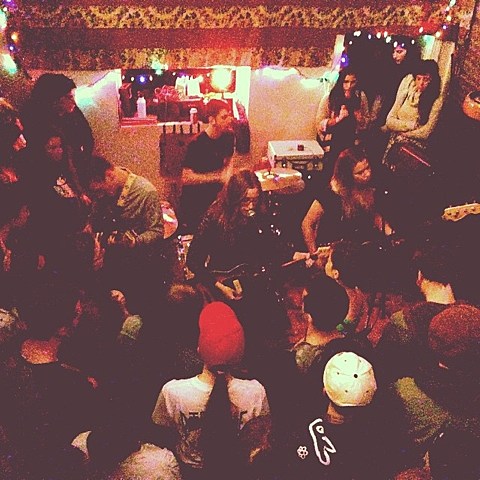 Bummer news for the Philly show scene. First The Church closed ("kind of"), and now beloved DIY spot Golden Tea House has come to an end as well. The venue writes on Facebook:

hey lovelies,
golden tea house is no more. everything we've got booked right now will be moving elsewhere, and we won't be doing any more shows. the why and how aren't really important but suffice it to say it was one of the more predictable inevitable causes. this whole thing has been an absolute pleasure, and we've done so much more than i ever would have predicted. so many absurd, beautiful, brilliant, fun, stupid stupid shows. i can't help but get sappy and sentimental about something that's consumed most of my free time for so long, but we want to most of all say thank you to everyone who ever lived here, booked shows here, played here, helped out, or just came out to support what we were doing. I don't think we did anything that great, and we fucked up more times than i can count, but it was fucking magical nonetheless, and hopefully some of you feel the same. we love you all. keep in touch, we'll be around.
xoxo
house

A handful of bands and other venue regulars have posted tributes on Twitter: