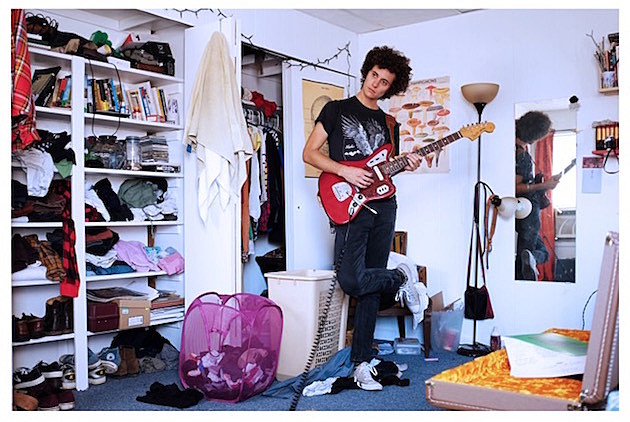 You may know Ron Gallo from Philly garage rockers Toy Soldiers. He's got a solo album, titled Heavy Meta, that will be out later this year and the first single is a bluesy cautionary tale titled "Young Lady, You're Scaring Me" that's not too far from the yelpy Jon Spencer mould. The video, a one-shot affair that makes clever use of back-projection and green-screen, makes its premiere in this post and you can watch that below.

Ron's got some live shows coming up, including one in NYC: February 18 at Baby's All Right with Silverbird and Corbu. Tickets for that show are on sale, and all dates are listed below.