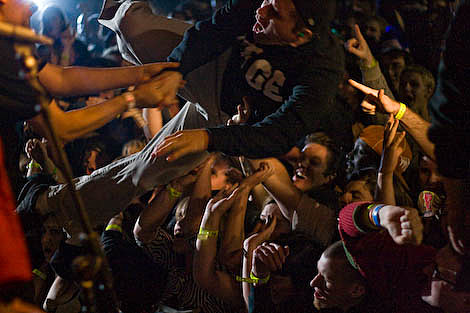 The NYC Descendents / Suicide Machines show is one day before both bands descend upon the first-ever Riot Fest East at Festival Pier in Philly on 9/24! The killer lineup also includes Dead Milkmen, Naked Raygun, X (playing Los Angeles in full like they'll do two nights in NYC), Hot Water Music, Weston, Samiam, Plow United, The Menzingers (who play Santos on 6/24), Excitebike, Shot Baker, Larry and His Flask, The Holy Mess and more. Tickets for the Philly festival go on sale Friday (6/24) at 10 AM. A Flier and more info below.

The second annual festival will take place over four days, largely in the Fishtown / Northern Liberties neighborhoods of Philadelphia, which in recent years have become a cultural center for music and arts in the city. This year's festival will feature over 15 indoor and outdoor venues with capacities between 100-5,000. Participating venues include: The Festival Pier, Trocadero Theater, TLA, World Café Live and The Ukie Club.

Modeled after successful long-standing events such as SXSW and CMJ, Philly F/M looks to establish itself as the premiere multi-venue music and film festival for the U.S. East Coast entertainment and tourism market. Last year's festival took place in 30 venues with 300 artists and over 60 films from around the world. Philly F/M 2010 attracted 13,000 visitors across all events with little or no "headline" artists. This year the festival will host at least fifteen 'headline-level' artists of all music genres, more than 100 artists total. Attendance projections for the festival is more than 25,000 paid attendees, which will include a core group of at least 5,000 all-access badge holders.

The whole initial F/M lineup and Riot Fest too, below... 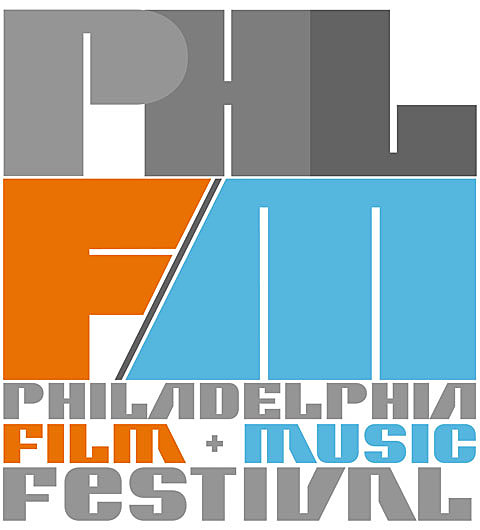 Film Lineup:
Freaks in Love (Alice Donut Documentary)
We Don't Care About Music Anyway (A look at Japanese experimental music)
Better Than Something (Jay Reatard Documentary)
Echotone (A Documentary of Music Culture in Austin, Tx)
Sound It Out (A Documentary portrait of the very last surviving vinyl record shop in Teesside, North East England)
Color me Obsessed ( A documentary about The Replacements)
Hilvanbeek (Dutch Short about Dan Deacon)
Beatboxing: The Fifth Element of Hip Hop (A look at the history of Beatboxing)
Meet Me On South Street (A documentary about the legendary Philadelphia venue, JC Dobbs)