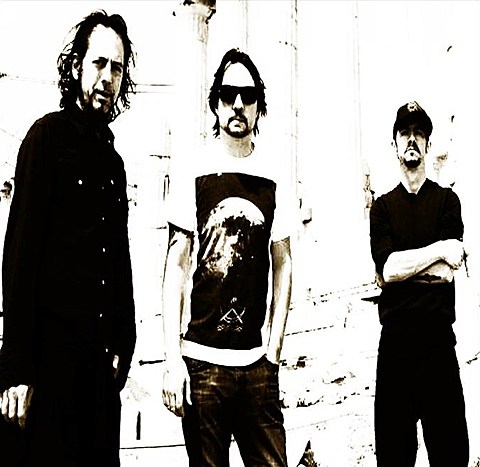 While Slayer have a new album and tour with King Diamond on the way, former drummer Dave Lombardo is staying busy with his band Philm. They have US tour dates coming up this month and next, followed by a trip to Europe.

The dates include two NYC shows: The Stone on August 3 (more info) and Mercury Lounge on August 10. The Merc show will be opened by Owl and Ten Ton Mojo. Tickets go on sale Friday (7/17) at noon. All dates are listed below.

Philm also have new music on the way, which Dave recently talked to Ultimate-Guitar about:

We've had approximately six or seven songs shortly after the recording of the album, "Fire From the Evening Sun" we had several other songs that we were working on that weren't quite ready to make it on the album. Even though we had 12 songs on the album, it could have been an 18 song album. But we decided to hold off on those for the record and I believe we just need to polish them up and put some time into it. Right now, everyone is pretty busy and we haven't been able to wrap those up. But before we headed out on our recent tour of the Northeast and Europe we went into the studio and recorded 19 songs with piano bass and drums. It's a jazz inspired avant-garde improv record. It's something I've always wanted to do and I felt that the band members had the capability of creating an album like this and recording it in New York City in the winter was definitely a treat. I can't wait to put that out.

You can read more of that interview here.

Dave also has a new art series, which he unveiled in California over the weekend. Here's what he told Joel Gausten about it:

"Where we photographed the pieces was very inspiring," he says. "It was in a kind of warehouse in Downtown Los Angeles, so it sounded really good. It was just a big, cavernous room. I just went off, and they started snapping pictures...At certain points, as I noticed the way they were shooting the pictures and everything, I realized, 'Wow, I could really make this picture look better if I give it my flair or my style. When I'm on stage, I've noticed that I swing my arms a little more. My movements are more exaggerated. I don't restrain myself when I play; my arms are swinging all over the place. So in this environment, instead of just doing a solo for myself, I gave it that live performance feel. That's why I feel that these pictures show a little more excitement, because of the way I approached the drumming."

You can watch a video from the showcase in California (via Blabbermouth) below...