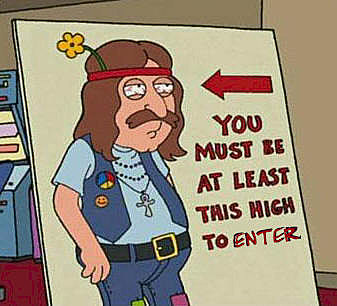 In the mid-1980s, the bands Phish, Ozric Tentacles, Widespread Panic, Bela Fleck and the Flecktones, and Aquarium Rescue Unit, began touring and playing jam band-style concerts. These groups' fame increased in the early 1990s. Bands such as Blues Traveler, and the Spin Doctors also came from the same scene, playing jam-friendly venues and festivals. In some cases, their improvisations have taken a backseat to more polished material, which may be due to their crossover commercial successes, MTV videos, and mainstream radio airplay. Most notable in pre-jam band history was the obvious influence of the Grateful Dead.

In the early 1990s, a new generation of bands was spurred on by the Grateful Dead's touring and the increased exposure of The Black Crowes, Phish, and Aquarium Rescue Unit. Many new bands were formed in the blooming scene. These were the first new bands to actually be called "jam bands", including ekoostik hookah, Dispatch, Gov't Mule, Leftover Salmon, moe., Rusted Root and String Cheese Incident. During the summer of 1995, Grateful Dead guitarist, frontman, and genre spokesman, Jerry Garcia, died, thereby ending the group's thirty years of activity. The surviving members of the Grateful Dead created a band called The Other Ones, and then officially became The Dead. During the same period, Phish rose to prominence, and bands such as String Cheese Incident and Blues Traveler became successful.

Phish's rise in popularity in the mid 1990s may be attributed to the death of Jerry Garcia and the subsequent terminus of the Grateful Dead in 1995. However, a rapidly expanding concert-going market in the early 1990s saw Phish playing mid-sized amphitheaters already in 1993 and 1994. The band also earned chances to play at various large venues, such as Madison Square Garden, by 1994's end. [Wikipedia]