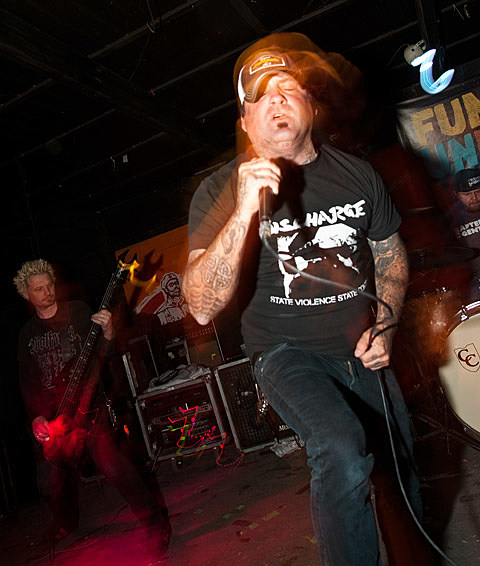 After teasing with an EP in late 2010, long-running grind crew Phobia are back with Remnants Of Filth, the band's new LP due via Willowtip on June 5th. Phobia has always had a bit of a revolving door in terms of lineup but their current is impressive: Bryan Fajardo (Noisear, Kill The Client, Gridlink) sits in on drums and Dorian Rainwater (Noisear) on six-string alongside Callum MacKenzie, CC Loessin and lifer Shane "The Pain" Mclachlan. It's this lineup, with Scott Hull behind the boards, that makes Remnants of Filth so potent, as exhibited on the scathing new single "Dementia Having Overdose" available to stream for the first time below. Preorder your copy of the record via the label.

As discussed, Phobia is playing both Chaos in Tejas and Scion Rock Fest this year. The band ALSO has a show scheduled at Saint Vitus on June 9th with Black Anvil (who played Saint Vitus last night), Strong Intention and Ramming Speed. Tickets are on sale.

All dates and that stream, below.