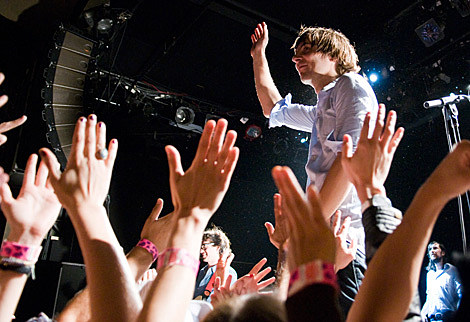 It's been almost four years since Wolfgang Amadeus Phoenix took Versailles rockers Phoenix into the big leagues of Saturday Night Live (they got an unheard of three songs) and playing Madison Square Garden with Daft Punk. For those who have been biting their nails waiting, Rolling Stone is reporting that Phoenix have finished work on LP#5 which will be released in April, 2013. The news was revealed at a Spotify event by Daniel Glass who runs Glassnote Music, Phoenix's label.