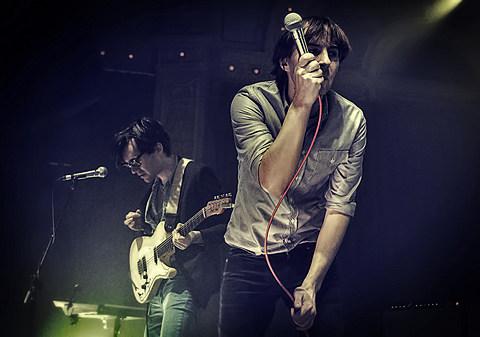 With Phoenix playing SNL this weekend, we were wondering if they were going to play a local show. Well, they just posted this to their Facebook:

As to where the show is happening, we don't know for sure but there have been a few Craiglist ads and rumors that say Music Hall of Williamsburg. We'll know for sure in the morning.

Phoenix's new album, Bankrupt!, is out April 23. They play a sold-out show at the Apollo on May 13, and tickets to their Barclays Center show on 10/2 with The Vaccines go on sale Friday (4/5)at 10 AM.

Phoenix also just released a homemade performance video of them doing "Entertainment" from the new album and you can watch that below.