line outside MHOW a little after 8 AM (via @lancelancington) 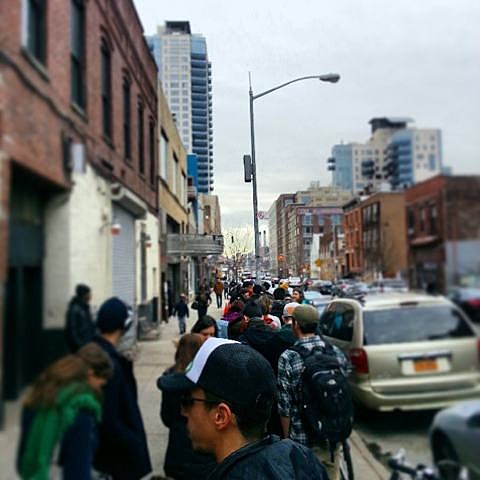 As mentioned, Phoenix are playing a surprise Brooklyn show TONIGHT (4/5) before Saturday's SNL appearance, and as rumored, it will in fact be at Music Hall of Williamsburg, according to the band's facebook. They write:

Those will go really fast so act quick. If you don't get one, subscribers can also listen on SiriusXM.

Also at 10 AM today, tickets to Phoenix's much bigger Brooklyn show, which happens at Barclays Center on October 2 with The Vaccines go on sale. The band also play a sold out show at The Apollo on May 13.

Updated dates are listed, along with the video "Entertainment" off their upcoming album, Bankrupt! (due out 4/23), below...