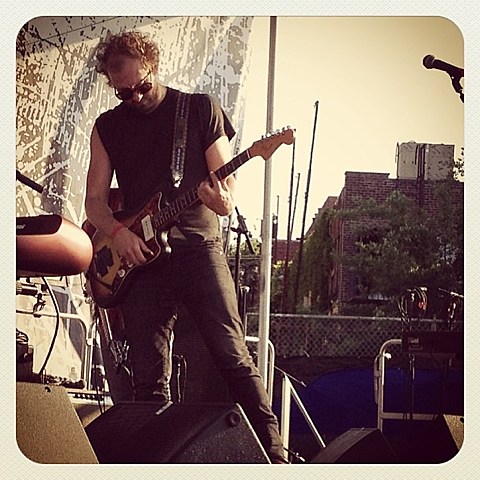 Matthew Houck's indie folk collective Phosphorescent have been touring behind their excellent new album Muchacho, and just played a free show in Matthew's current hometown of Brooklyn. The show was the first of two free Northside shows in McCarren Park and also included The Walkmen, Friend Roulette, and Abadabad. Did you go to that show? If so, how was it?

Phosphorescent's tour includes another NYC-area date happening at Montauk's Surf Lodge on June 30, as part of that venue's free Summer Concert Series, and now Pitchfork points out that they've just expanded that tour to include many more dates. A couple of the dates are supporting Robert Plant (who used to be in some band called Led Zeppelin), including his previously discussed Celebrate Brooklyn! show on July 27 at Prospect Park. Tickets for that show are still available.

Updated dates are listed, along with a stream of Muchacho's standout single, "Song for Zula," below...

* with Strand of Oaks
^ with Robert Plant
& Sink Ships