Not counting the Tuesday night Comedians of Comedy show, Phosphorescent was the first band I saw at SXSW. It was 1:30 PM on Wednesday (March 15, 2006) in the semi-outdoor Emo's Annex tent. I'm a sucker for trumpets, big bands, and folky music, so it's no surprise that I liked this show. Being outside in Texas with free veggie food helped too. Listen @ Myspace. 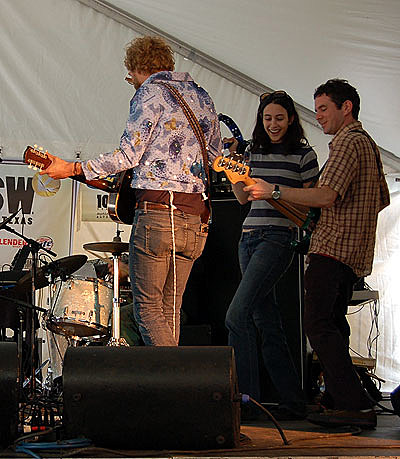 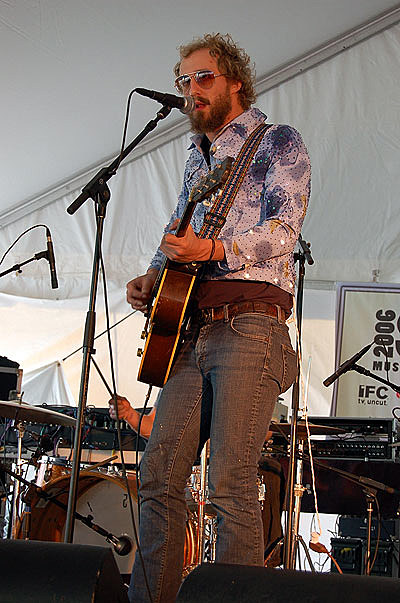 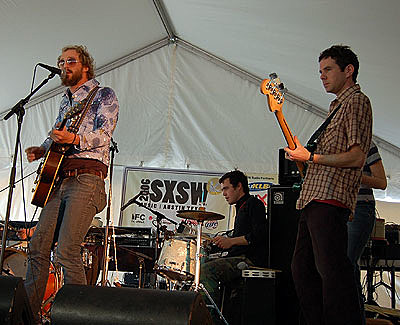 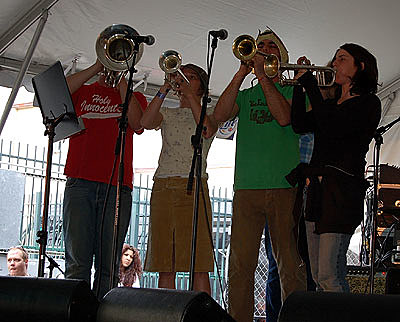 The week was already off to a good start. I wanted to see Magneta Lane at SXSW, and they went on right after Phosphorescent.