photo: La Dispute in London in May (more by Rachel Juarez-Carr) 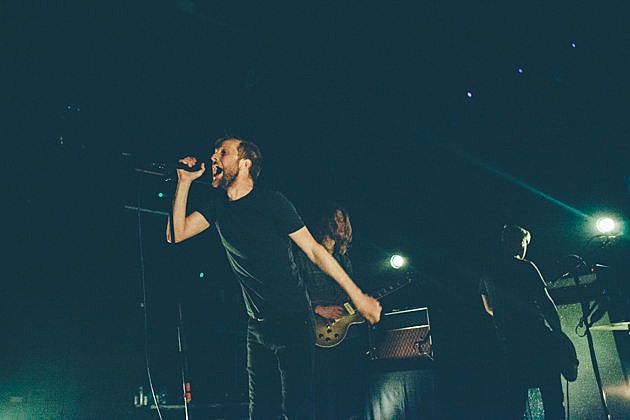 La Dispute already offered up a cover of Nirvana's "Polly" earlier this year, and they continue to show off their grunge love with a new cover of Toadies' "Possum Kingdom" from their underrated 1994 debut, Rubberneck. The band recorded the cover for A.V. Club Undercover, and you can watch the video of them performing it, below.

La Dispute also announced a West Coast tour with screamo vets Envy, whose new album Athiest's Cornea came out last week on Temporary Residence. Those are Envy's only US dates announced at the moment, but hopefully while the Japanese band is here they'll play the East Coast too before leaving. All dates are listed, with an Rdio stream of the new Envy album, below.

Toadies also recently announced their new album, Heretics, which is due September 18 via Kirtland Records. It features acoustic re-workings of old songs (including "Possum Kingdom"), two new songs, and a cover of Blondie's "Heart of Glass." Tracklist and a short preview of the album, below.

The band also announced their annual Dia De Los Toadies festival for September 11 & 12 on the banks of the Trinity River at Panther Island Pavilion in the band's hometown of Fort Worth, TX. This year's lineup features a reunion of Toadies singer Vaden Todd Lewis' other band Burden Brothers with Reverend Horton Heat drummer Taz Bentley (who have been on hiatus since 2006), fellow '90s rockers Local H, Denton singer/songwriter Sarah Jaffe and more. Full lineup and ticket info at the festival's website.

All Toadies dates are listed, with the La Dispute and Envy stuff, below...