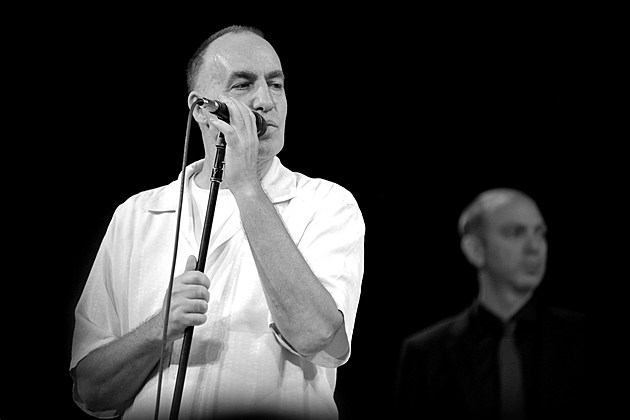 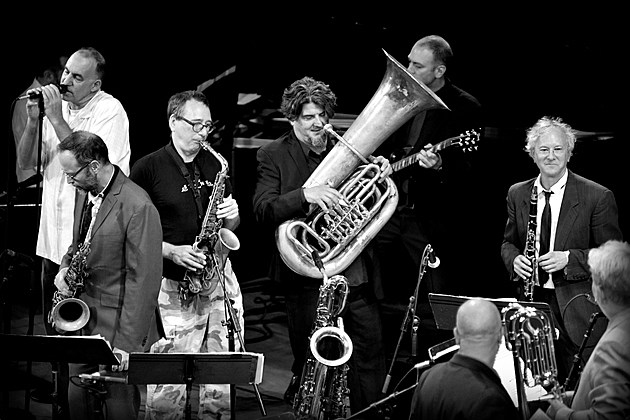 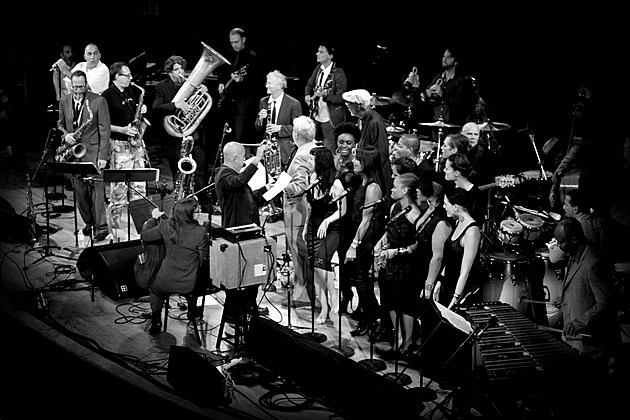 "We've got three different bands basically," says Evan Lurie. "One is a recreation of different forms of the Lounge Lizards. Anton Fier is playing drums for some of it. There is a set by John Zorn. Then we go back to the large group again. We're adding Flea from the Red Hot Chili Peppers for some of it, etc. So there's an awful lot of musicians going to be there. We are playing stuff that goes back to the Lounge Lizards first concert. And then all the way to the last things that John recorded before he was forced to stop playing."

"There are so many people! It's a kind of Who's Who of the New York Downtown jazz scene," he continues. "So many people of them came though the band. We were just rehearsing and Steve Bernstein, the trumpet player, said it's funny playing this music as an adult. We were rehearsing this song, which the Lizards played on their first gig in, I guess, 1979. We're doing stuff that the Lounge Lizards used to do 40 years ago! And you know what? It sounds really good!" - [The Daily Beast]

The month-long NYC "Strange & Beautiful" celebration of John Lurie's music and art was capped off with a big tribute at Town Hall on Saturday (9/27) that focused on Lurie's work with The Lounge Lizards and his acclaimed 1999 album, The Legendary Marvin Pontiac. Onstage were many of the Lounge Lizards past and present, including John Zorn, John Medeski, Evan Lurie, Anton Fier, Billy Martin, Tony Garnier, Michael Blake, Calvin Weston, and Flea. As rumored, Lurie (who's been battling Lyme Disease since 2000) came out to sing, beginning with an intimate duo between John and Evan, with more joining.

More pictures from the night, below... 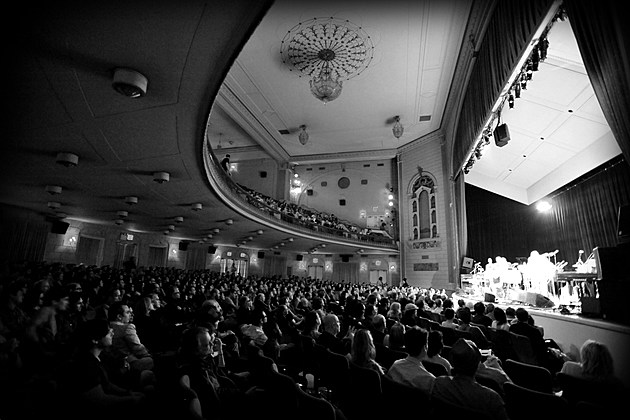 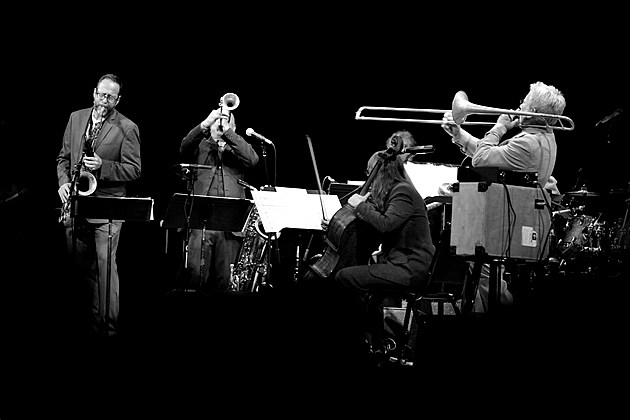 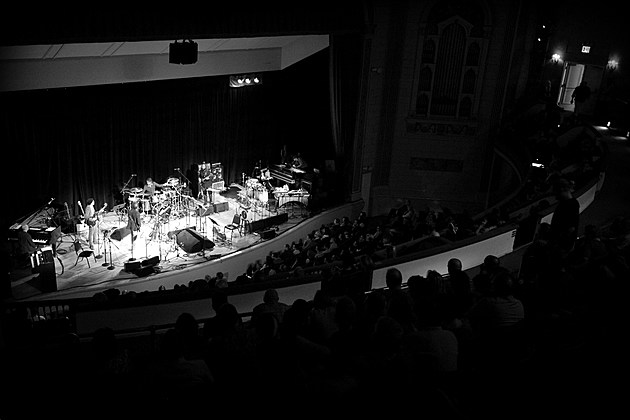 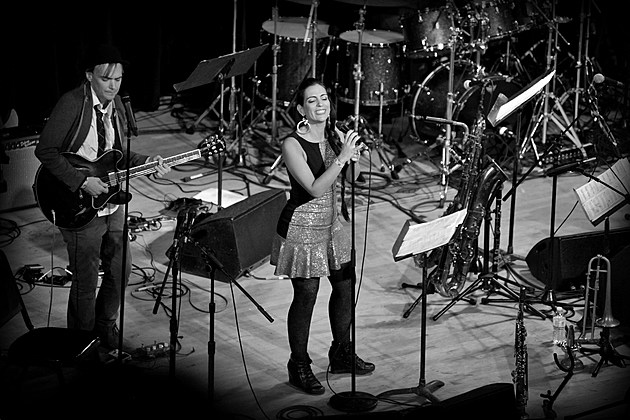 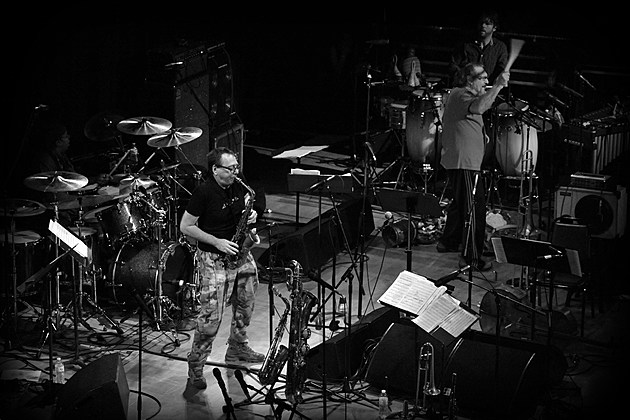 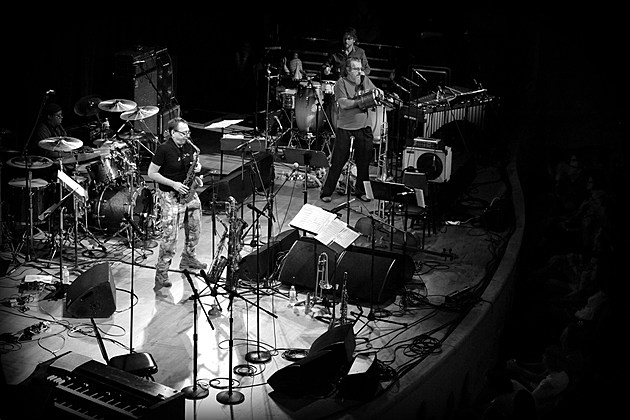 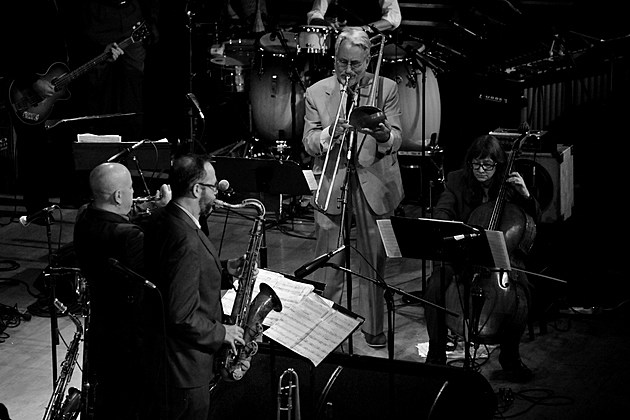 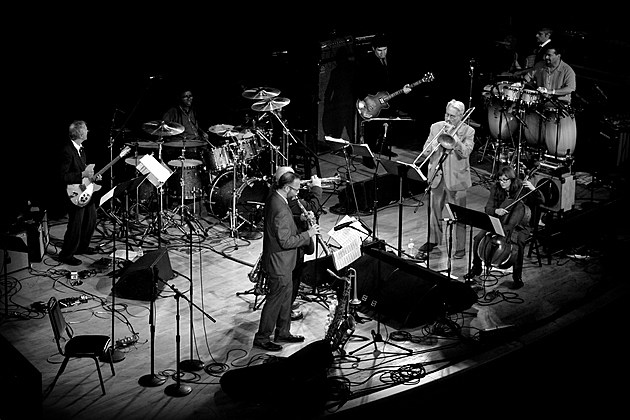 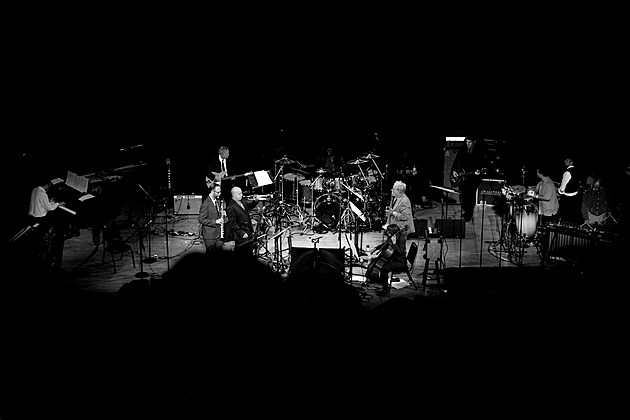 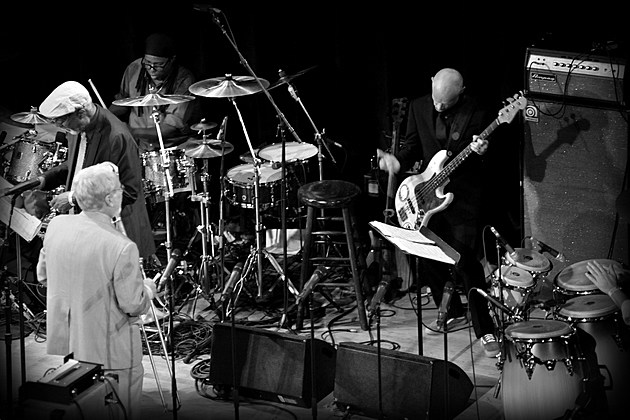 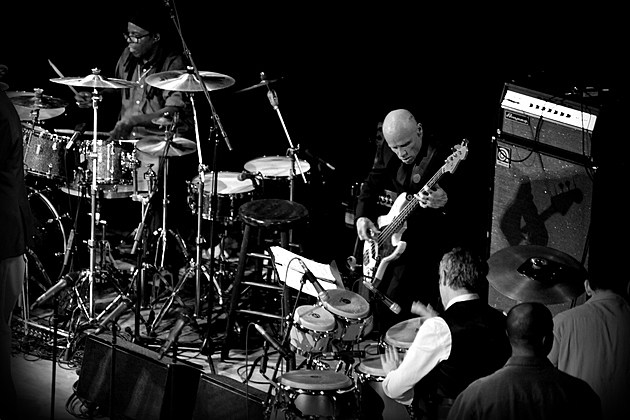 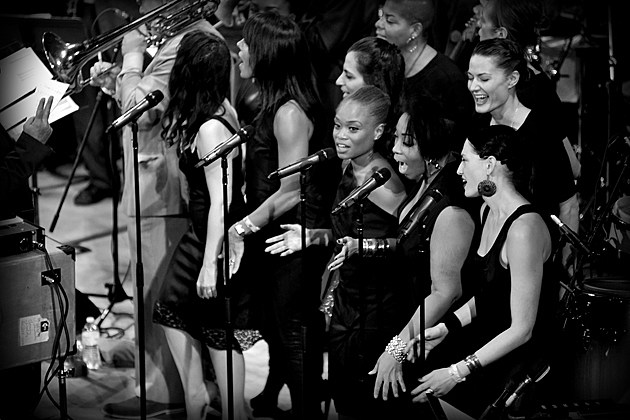 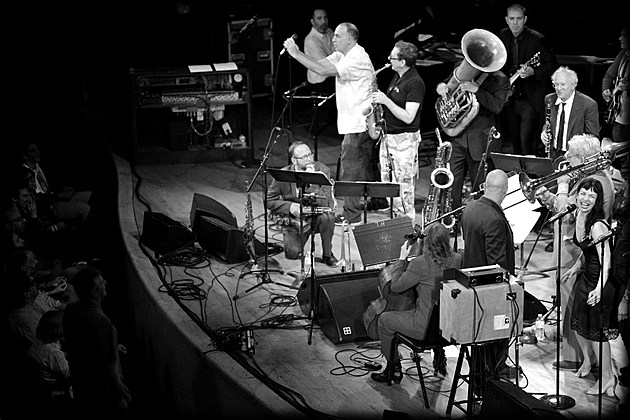 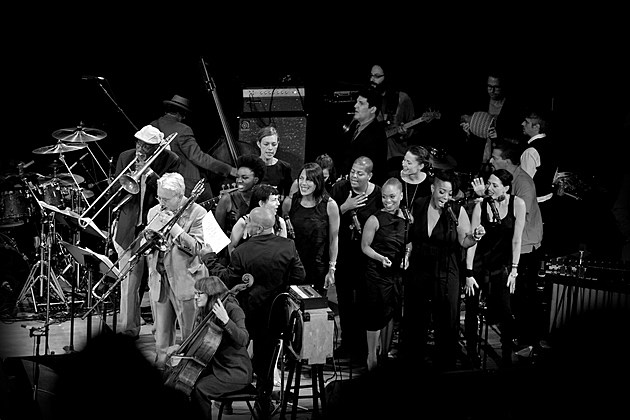 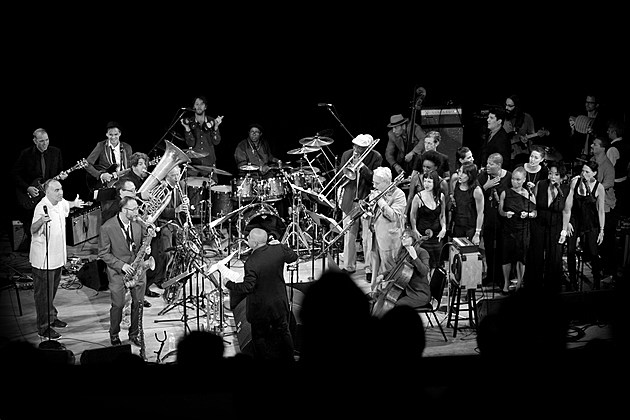 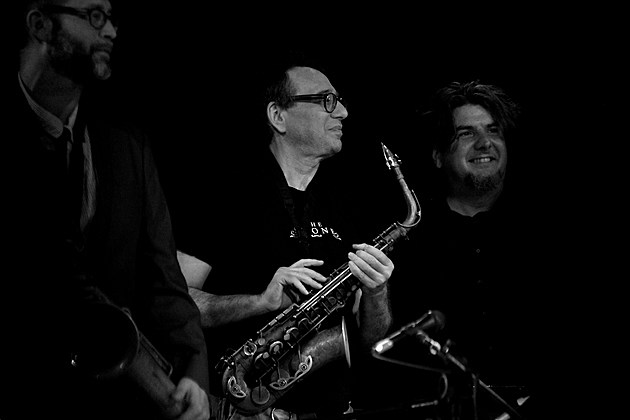 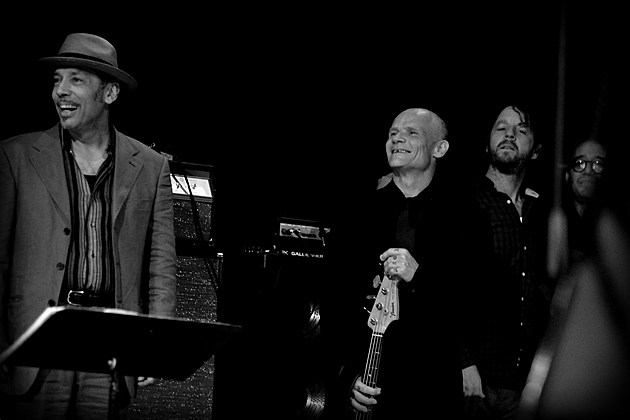 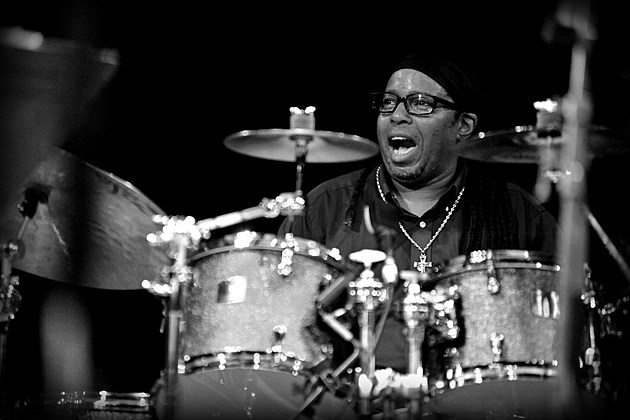 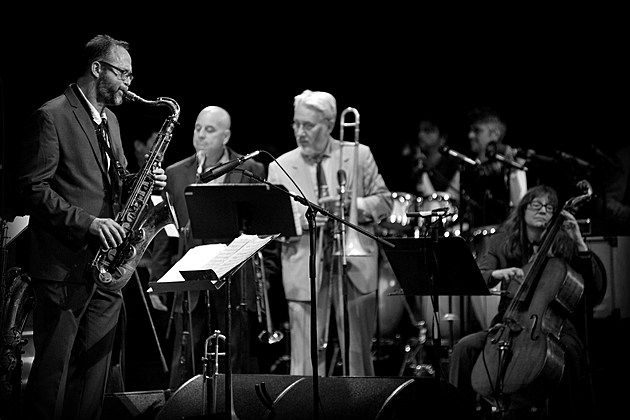 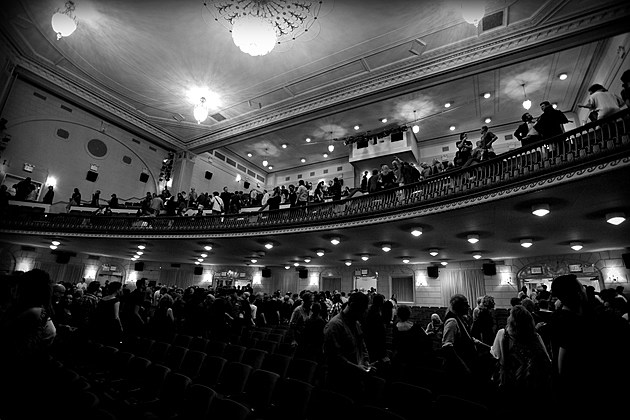 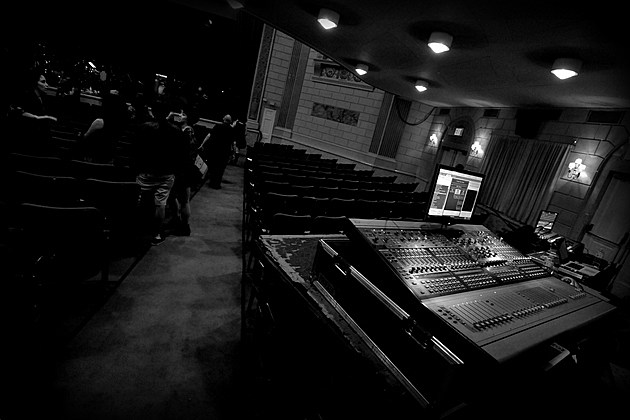 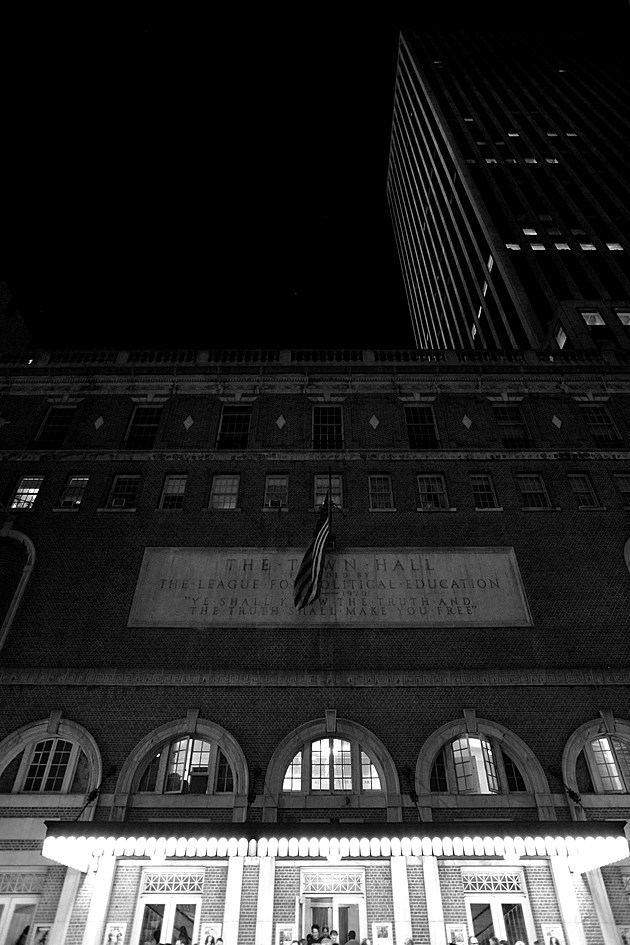 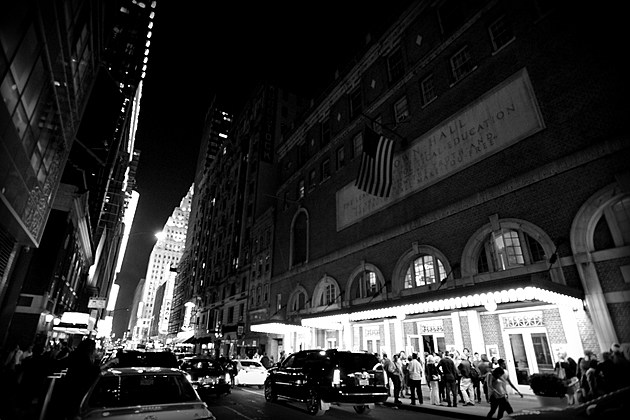