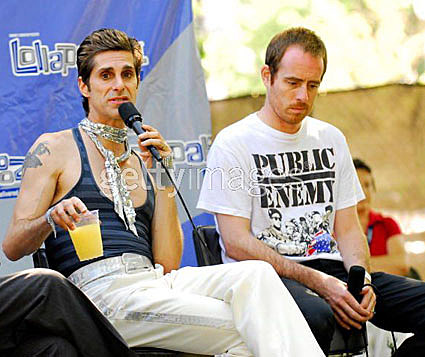 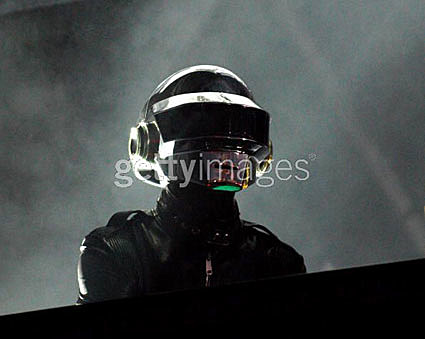 You remember this sexy duo... 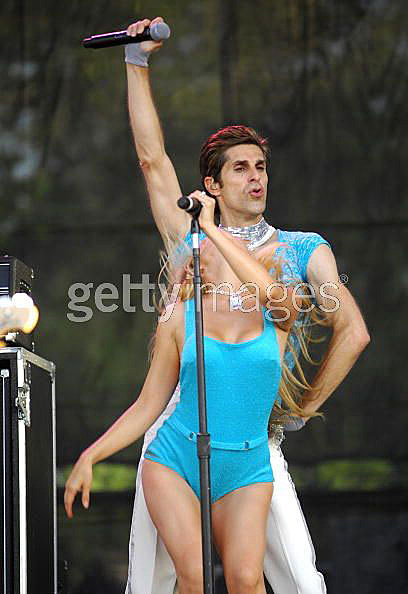 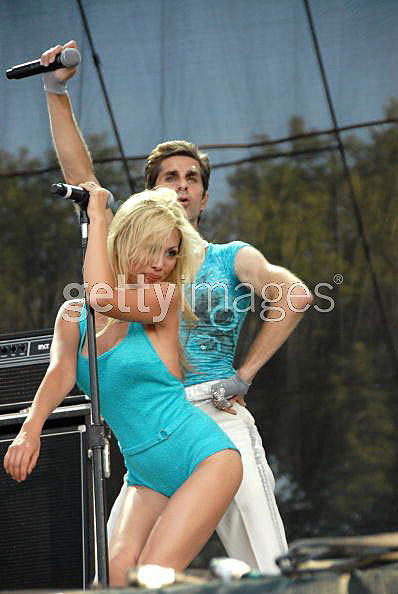 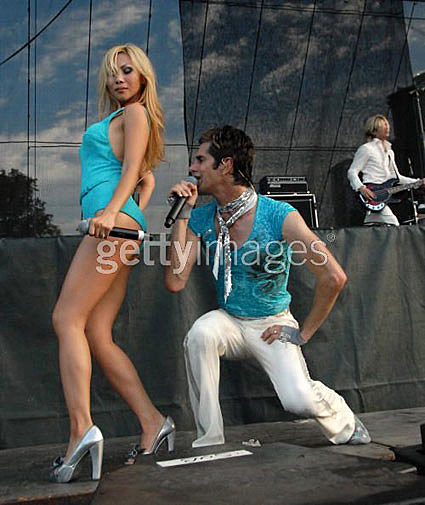 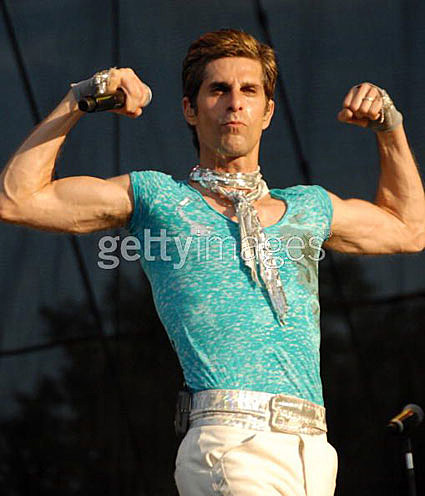 And how about this sexy trio... 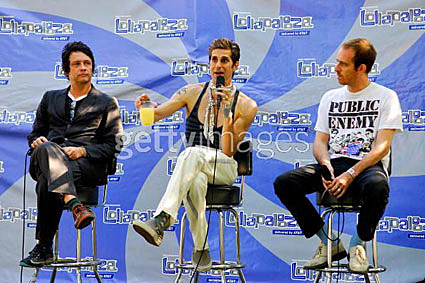 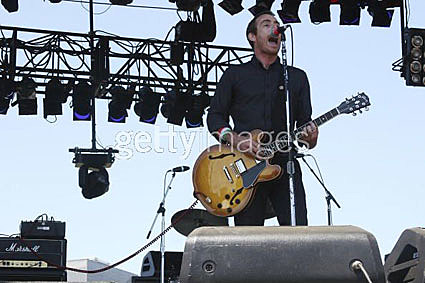 I never heard of Mickey Avalon before, but like Perry, he apparently knows that sex sells.... 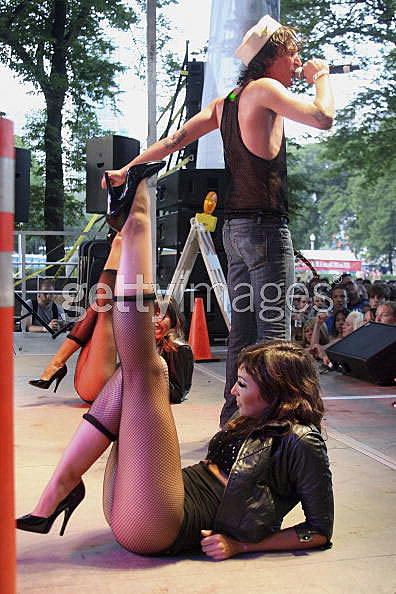 A funny quote from Wikipedia

Mickey Avalon (real name Yeshe Perl) is a rap artist from Hollywood, California.....A concert in the Netherlands with the Red Hot Chili Peppers resulted in Avalon being booed and thrown bottles at. John Frusciante of the Chili Peppers defends Avalon adamantly as a talented artist. 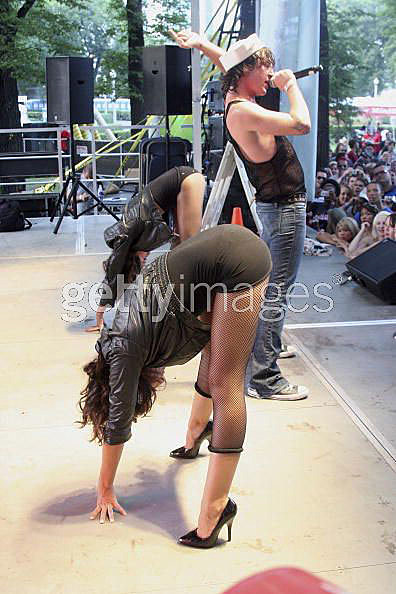 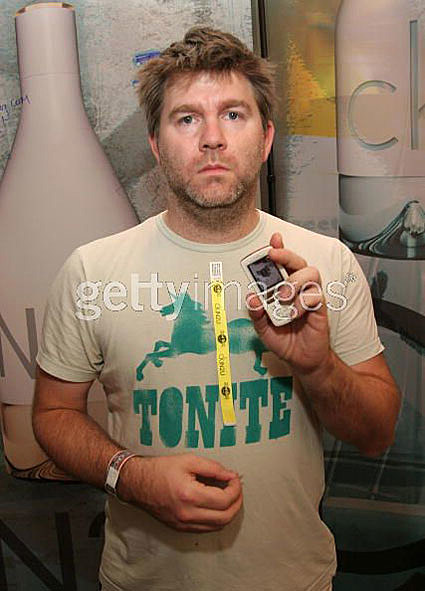 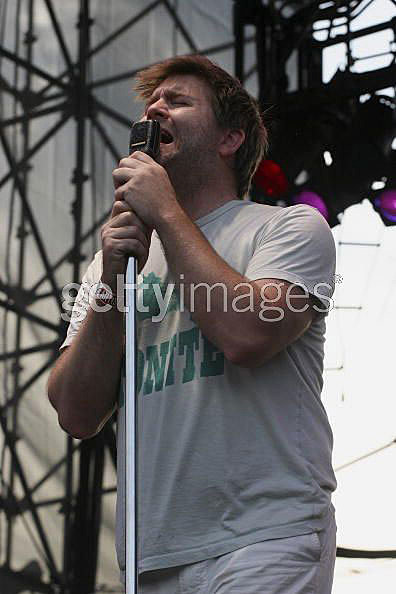 But you're bringing me down... 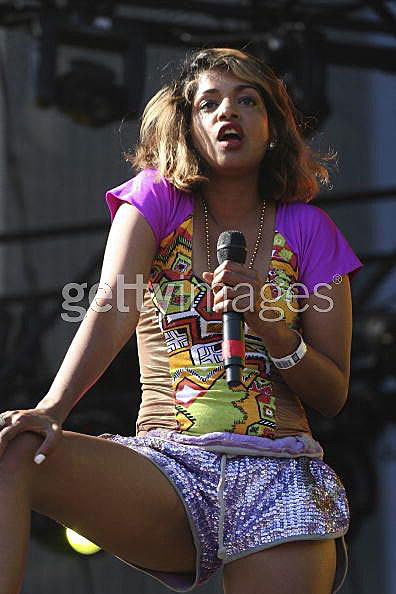 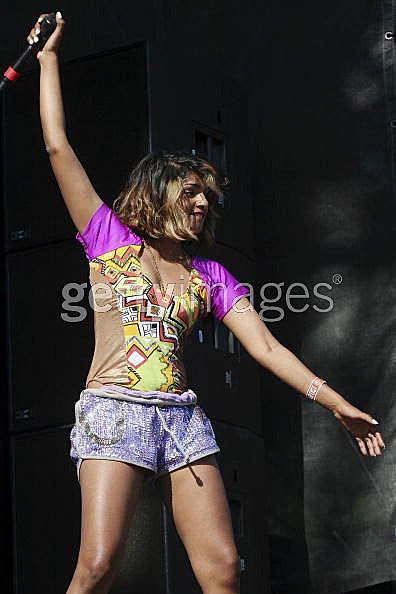 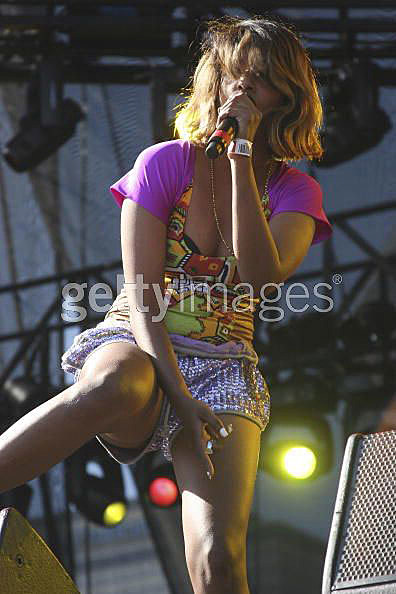 crowd during Against Me! 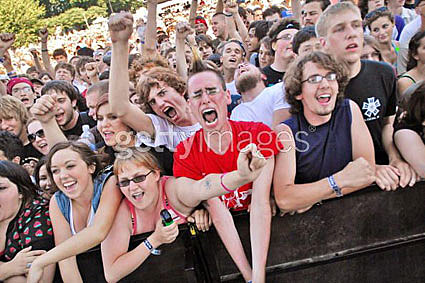 Not to be confused with Black Dice, Black Lips or even Black Mountain... 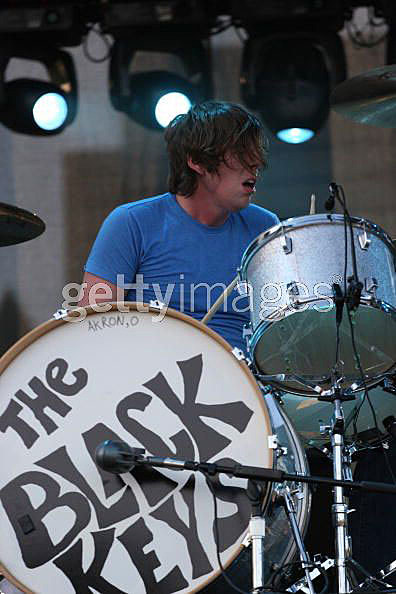 I don't know where he's actually from, but he still somewhow seems like a hometown hero.... 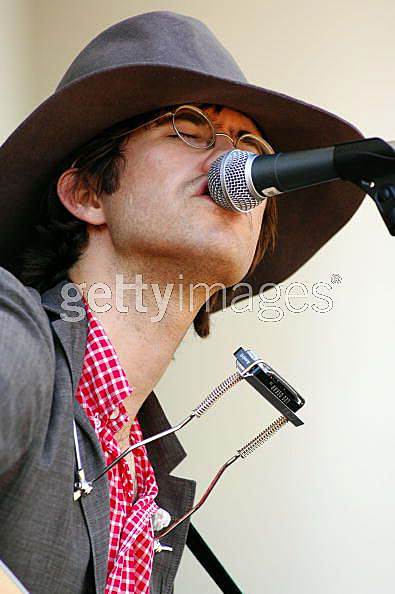 Hopefully none of them were throwing cheese.... 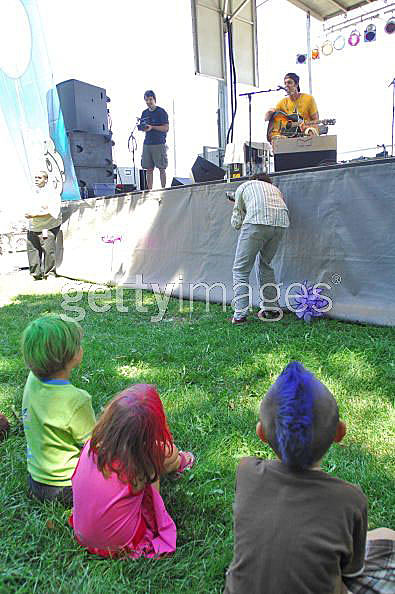 I wonder if they let dogs in McCarren Pool.... 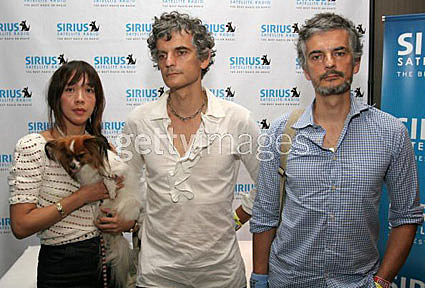 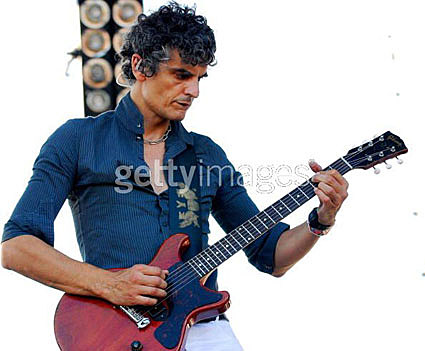 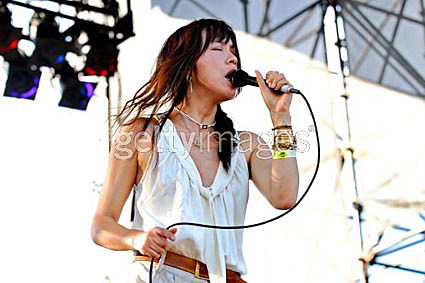 Before Lolla, Pearl Jam played a fan-club show full of rarities, and then during Lolla, Ed joined Ben Harper on stage... 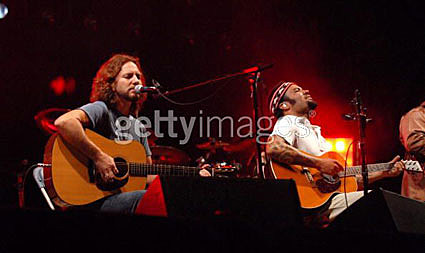 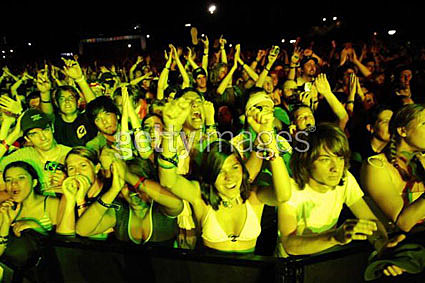 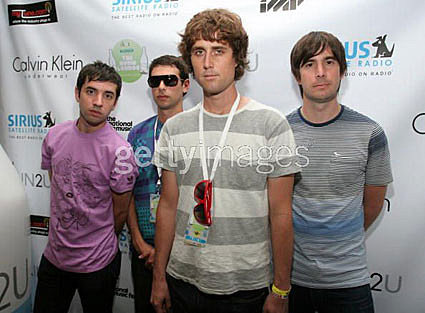 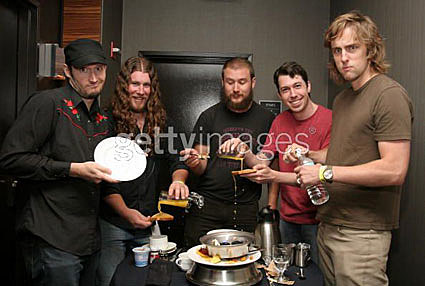 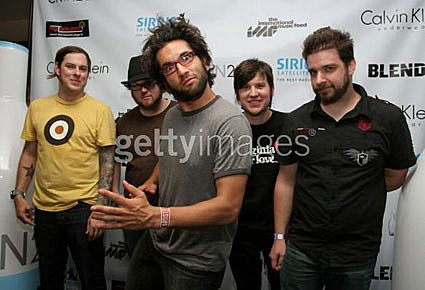 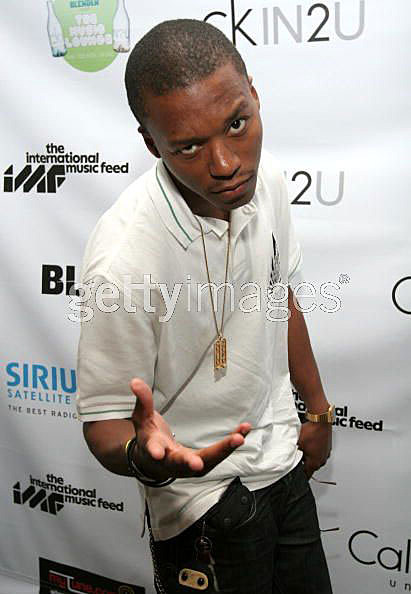 Don't forget that some of Lollapalooza is streaming live.

Previously
* I'm not @ Lollapalooza, but I am going to Øya
* Virgin Festival vs. Lollapalooza this weekend & related news