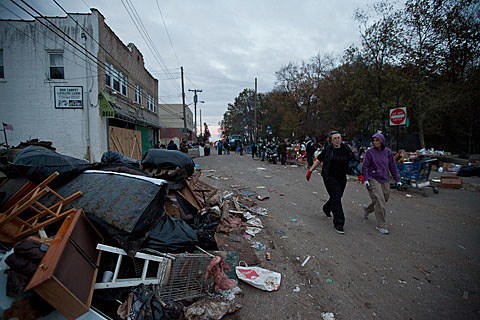 Tom Lacey has posted a simple message on the front door of his storm-gutted Great Kills home -- "If you are found here tonight, you will be found here tomorrow."
Down the block on Goodall Street, Rocco Rubio has written a similar message on a piece of plywood covering up a window that once faced the waters off Crescent Beach.

Since Hurricane Sandy hit Monday night, the two have seen their share of shady characters -- a man actually entered Lacey's house in broad daylight, as volunteers toiled outside Saturday night, and tried to creep out with a wall-mounted TV on an upper floor.

His wife was home, she screamed, and the man -- a bald, white man, about 6 feet tall, wearing a brown jacket and dungarees -- ran out.

As if those ravaged from the hurricane didn't have it hard enough right now, they have the stupid looters to contend with too (it's only a matter of time before one gets shot).

If you'd like to help out in Staten Island, SILIVE.com has a huge list of ways you can, and volunteers are needed to help clean up parks this Saturday & Sunday.

BrooklynVegan photographer Gretchen Robinette, whose post-Hurricane blackout pictures you saw the other day, visited Staten Island on Sunday. Her pictures from that trip are in this post and continue with some videos below... 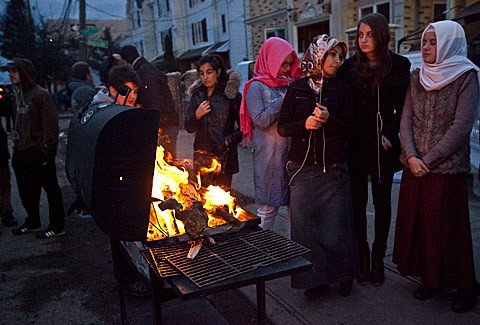 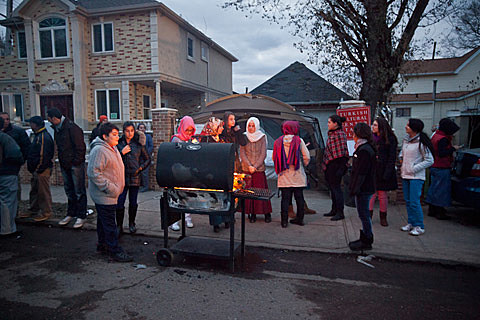 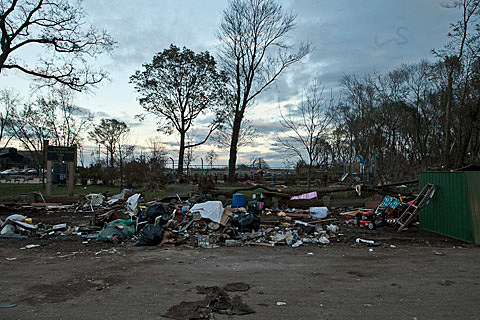 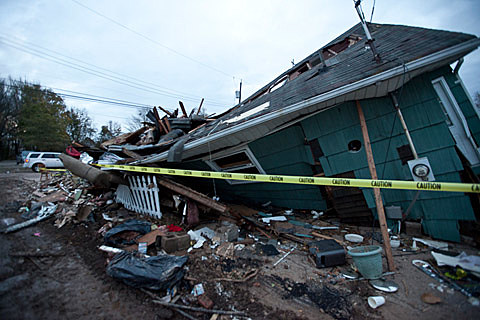 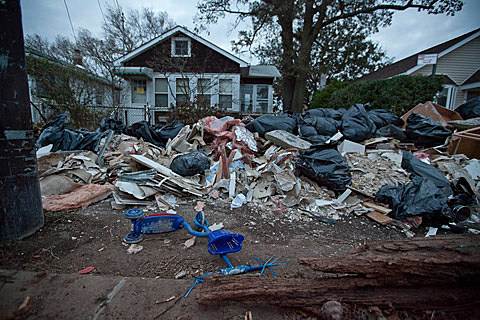 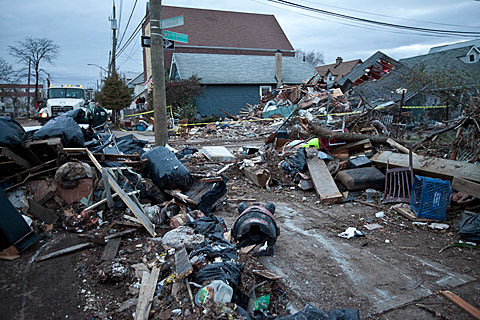 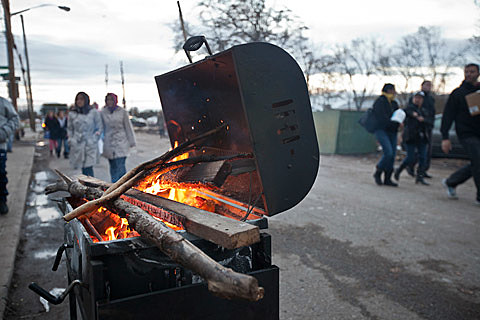 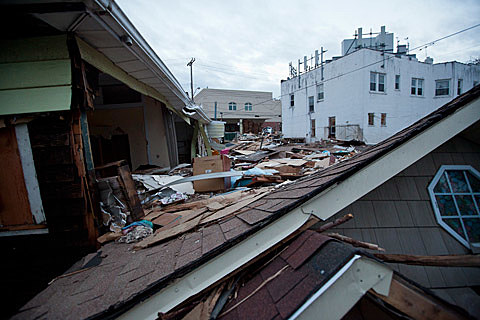