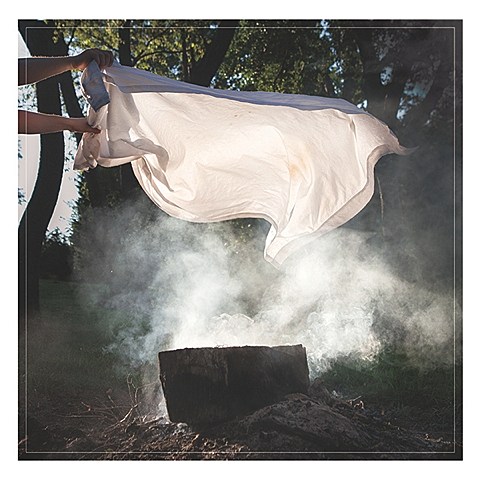 As discussed, Baltimore's Pianos Become the Teeth have signed to Epitaph for their third album Keep You (due 10/28), and after releasing it's single "Repine" they're now back with "Late Lives" which premieres in this post. We already talked about the fact that Pianos Become the Teeth stopped screaming, and though the stylistic change may be jarring to some, it's also resulted in some of their best material yet. Turns out vocalist Kyle Durfey has an excellent singing voice, one that's powerful, passionate and sounds great at the forefront of their sound. Lyrically, Kyle's moving as ever, and like much of Keep You, "Late Lives" is drenched in sadness. He doesn't explicitly mention death in this song, but he's sang about it before and those feelings are evoked again here. "How odd life would be if you had made it from Elmira to Kansas City," the song begins, and later on he sings, "Like you said, 'what the hell is the rush?' Well you, you're one to talk, gone a little too soon, but I know you hated being late."

Musically, Pianos are tighter than ever, but the post-rock inspirations they've always had are still intact. The song progresses from clean guitar and minimal drumming to a larger crashing crescendo, and it's heavy on the atmosphere throughout. Along with their pals in Touche Amore and La Dispute, Pianos are continuing to prove that there's still room for new, innovative post-hardcore, and "Late Lives" is one of their best examples of that yet. Listen below.

Full list of dates, with the new song stream, below...