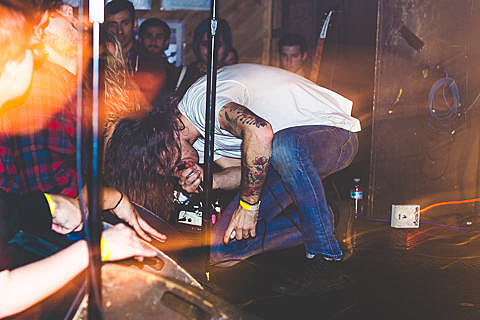 Title Fight already have an awesomely billed tour with La Dispute and The Hotelier coming up that hits NYC on 3/27 at Webster Hall (tickets), and they've since added another appearance happening in the NYC-area that same weekend. They headline Long Island's Spring Mixtape Fest on Saturday, March 28 at Revolution which includes a stacked lineup of Bane, Pianos Become the Teeth, Defeater, Superheaven, Capital, Give, High Card and Soda Bomb. Tickets for that are on sale now. Show flyer and updated list of TF dates below.

That's not the only upcoming bill Pianos Become the Teeth and Superheaven share. They also team up with Diamond Youth (Topshelf) and Black Clouds (Geoff Rickly's label) later this month in Baltimore for what will be Pianos' first hometown show in over a year and a half. All Pianos dates are listed below.

Pianos Become the Teeth also gave us a list of their favorite records of 2014 (Title Fight recently told us theirs). It's a diverse list, ranging from metal vets At the Gates to EDM producer Porter Robinson to Sun Kil Moon. Check out their whole list, with commentary, and those lists of dates, below...

- Porter Robinson - "Worlds" (Mike)
I am a big fan of EDM music, but the thing that really blew me away on this record was how much passion was put into the writing and recording it. Porter used to be a much more "festival" DJ but this record sounds much more like an M83 record than say, Adventure Club or something else that he has been linked to before. No "drops" or anything, and I love how much of a brave move he made by making something like this rather than going the easy route and making a festival banger. Tons of ambience and somewhat melancholy and super catchy through the whole record is what made it my album of the year.

- Saintseneca - "Dark Ark" (Chad)
An atmospheric indie/folk record with lyrics that are reminiscent of neutral milk hotel at times. Great composition and production make this gloomy record my album of the year.

- Sun Kil Moon - Benji (Chad)
With this release Mark Kozelek continues building his legacy as a top notch story teller and song writer. Major themes on this record include: death, sex, morality and an assortment of tragedies. The perfect record for a grey winter day.

- Ryan Adams - s/t (Zac)
Ryan Adams is one of my favorite musicians and this album is the perfect representation of him as a songwriter, it's dark, it has pop hooks, it has alt country and it has classic rock. It's perfect!

- The Hold Steady - Teeth Dreams (Zac)
A couple years ago on tour together, Drew from Single Mothers found out how much I loved Bruce Springsteen. He told me how much I would love The Hold Steady. After one listen to Boys and Girls in America I was hooked. This album is great and an album that I feel represents them so well as a band. A great Rock and Roll record.

- Emma Ruth Rundle- "Some Heavy Ocean" (Kyle)
This record sounds amazing and just has a very haunting feeling to me. One of those records where everything falls into place and each song goes where you wanted it to.

- At The Gates - "At War With Reality" (David)
I've always loved this band and to hear something new from them was a wonderful surprise. I love the riffs and the drumming on this record. I just love the sound of this band. This record sort of takes me back to when I first discovered them and that's why I love it so much.

- Lights - "Little Machines" (David)
Lights is more of a favorite artist that I discovered this year from my good friend Lukas, but also its an amazing record. The first time I heard it I got hooked. These songs are so catchy. It's very chill and puts me in a better mood when I listen to it. 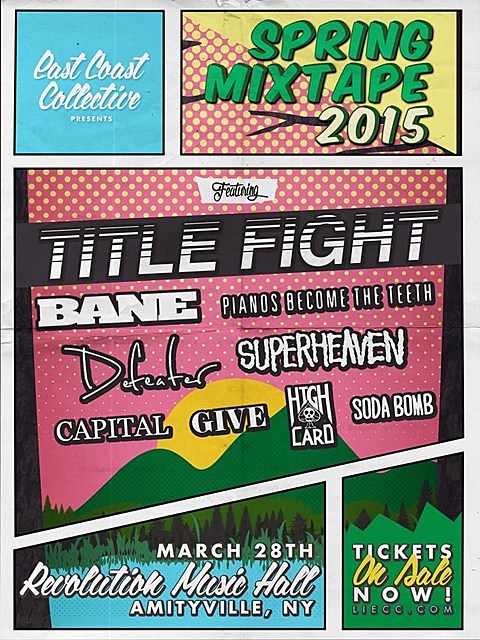