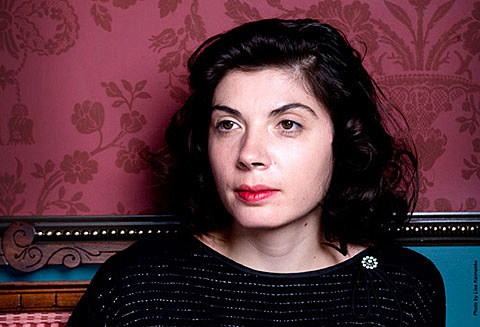 Yosh, the pint-sized terror that leads Bloody Panda, will headline a bill of shadowy beauty at Saint Vitus on March 15th with fragile post-rock from Picastro and the delicate and haunting Sondra Sun-Odeon (who recently impressed while supporting Religious to Damn). Tickets are on sale for this BrooklynVegan-BBG/(((unartig))) production.

Picastro's last outing was last year's Fool, Redeemer, a semi-collaborative split with Nadja that saw the light of day on Alien8 Recordings. Stream all of that split at the label, and check a video of "Hortur" from Whore Luck below, a release that also featured contributions from Xiu Xiu's Jamie Stewart and former member Owen Pallett.

Head below for some video by Picastro and Sondra Sun-Odeon, who is preparing her solo debut for release.

Sondra Sun-Odeon - Roses in the Snow