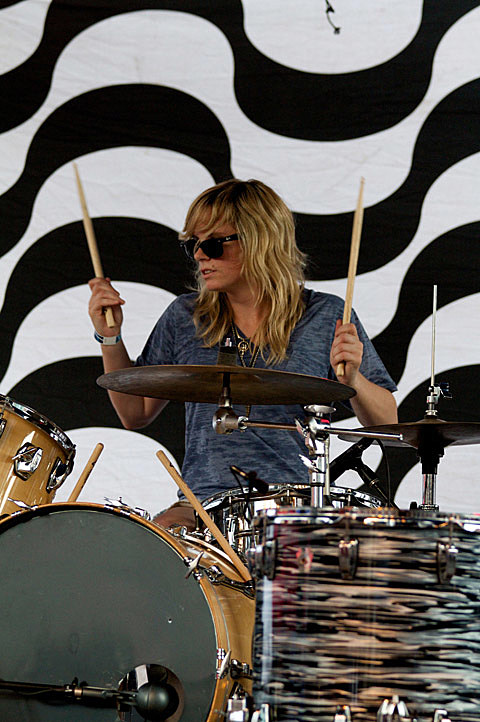 "The Black Angels, from Austin, play psychedelic rock as if the 1960s never ended, and they are absolute masters of it. It's the psychedelia of echo, stomp and incantation, of songs that sit on one chord and one beat to the point of hypnosis, with tendrils of bluesy, heavily reverbed lead guitar and wavery electric organ, and with lyrics like, "Rollin' fast down I-35/supersonic overdrive." The Doors and the Velvet Underground are the Black Angels' main models, merged for a haunted bicoastal drone, with glimpses of the Byrds, early Pink Floyd and 13th Floor Elevators from Texas. It's an old, familiar sound that hasn't lost its effect." [NY Times]

The Black Angels headlined the 4Knots Festival at the South Street Seaport on Saturday. A set of pictures from their NY Times-approved set are in this post. Davila 666 pics HERE. Other sets of pics from the free show are on the way.

The Black Angels play a free Spotify-presented show at Mercury Lounge late tonight (7/18). As previously mentioned, that show is first come, first served, but we're offering the chance to get guaranteed entry. To enter, email BVCONTESTS@HOTMAIL.COM (subject: Black Angels). Be 21+ and include your first and last name. Winner will be picked at random soon. You can also up your chances of winning by entering for one of the pairs we're giving away to the same show on Facebook. 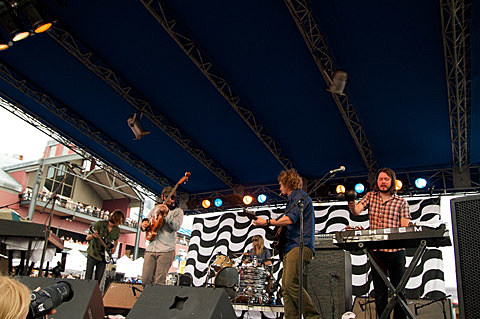 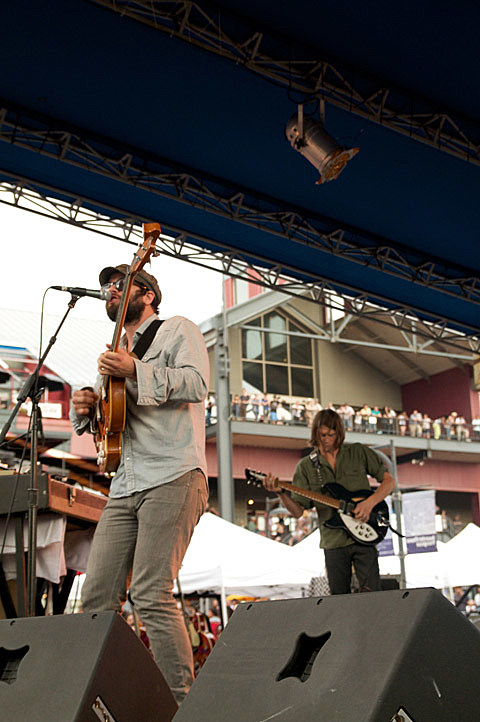 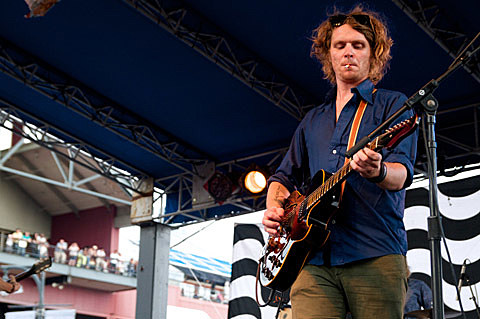 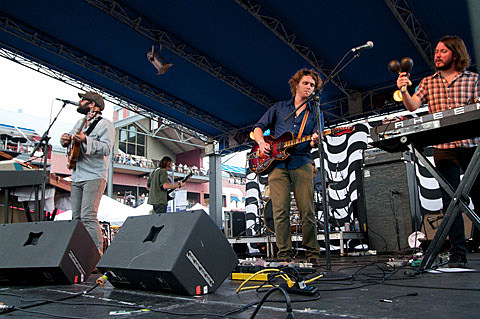 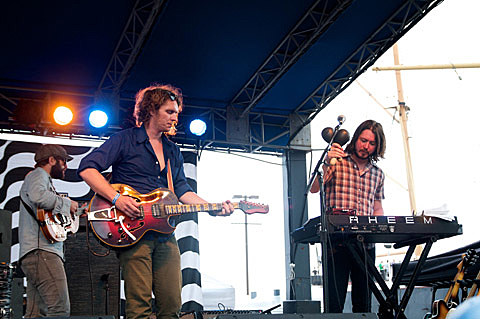 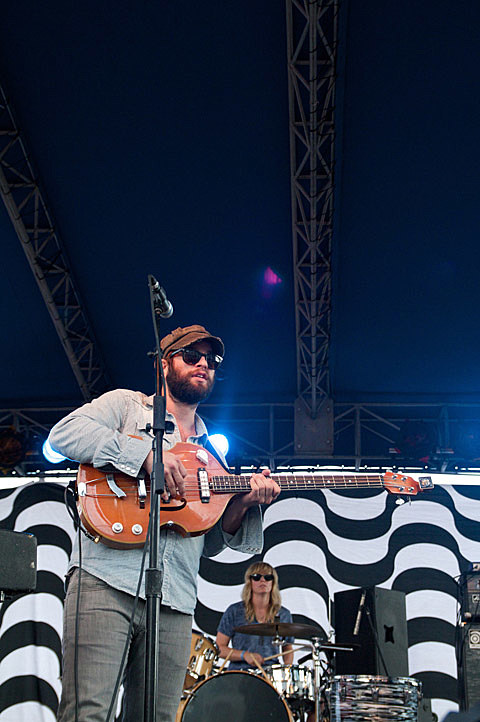 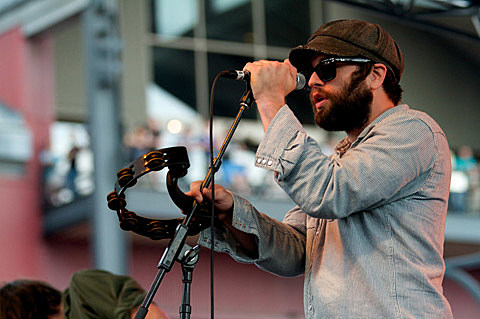 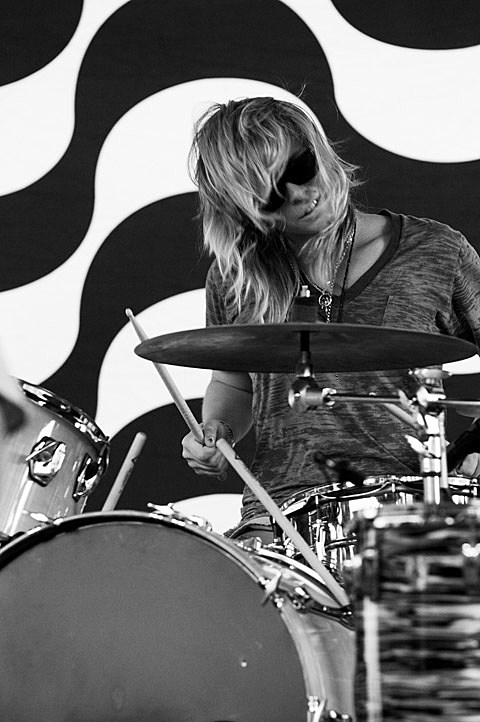 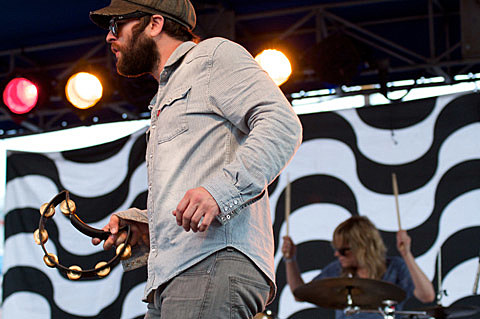 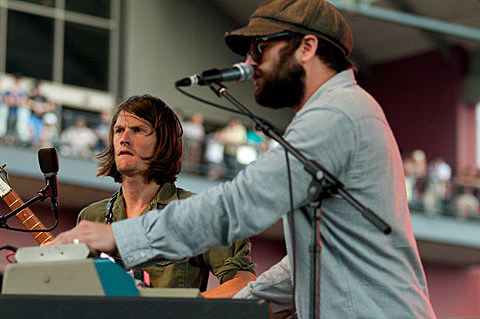 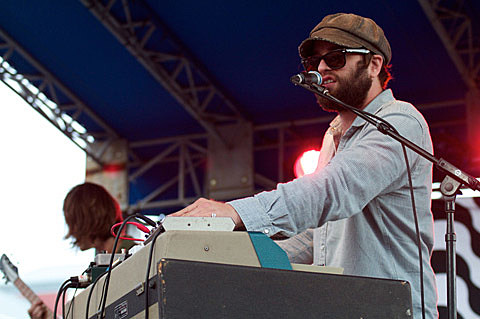 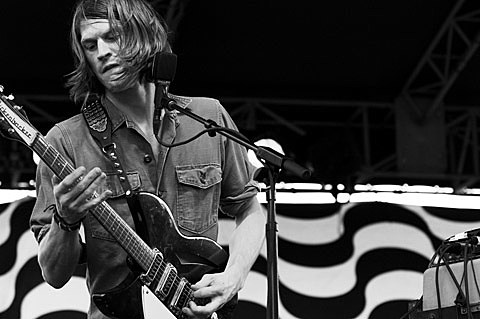 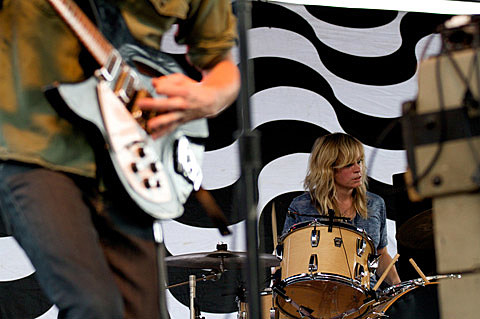 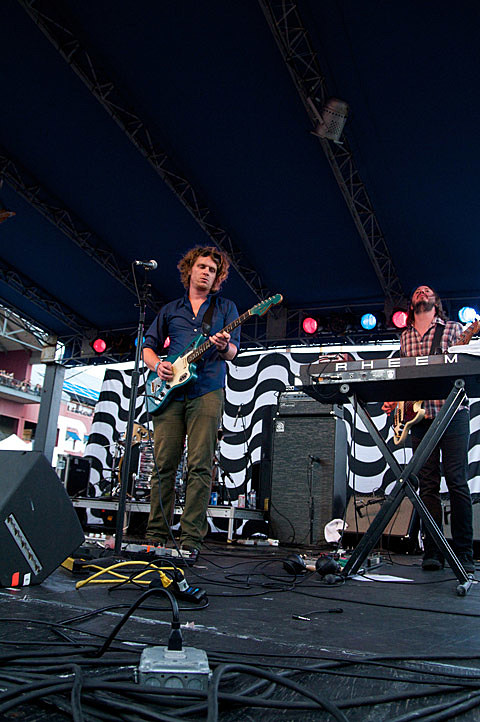 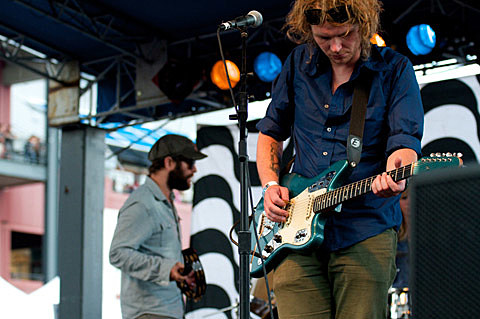 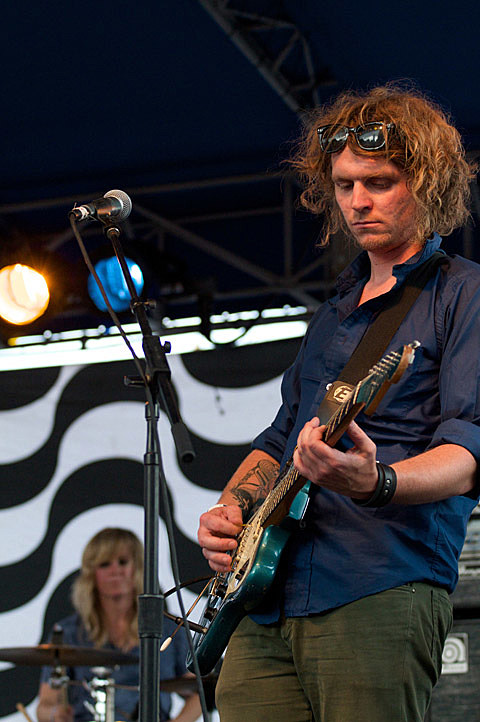 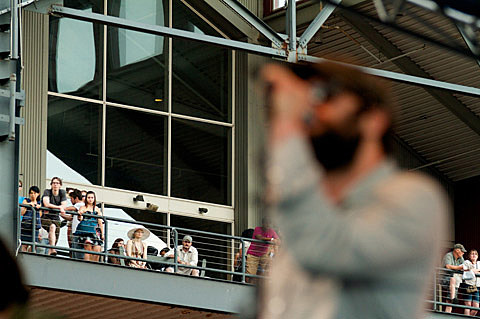 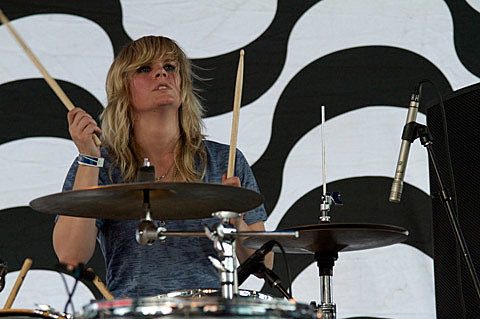 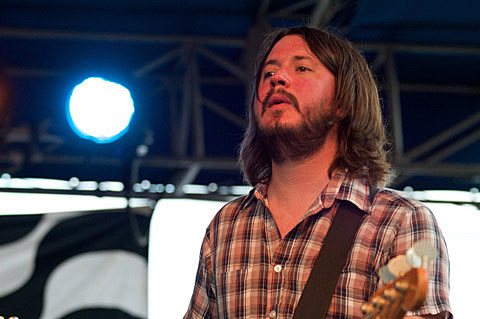 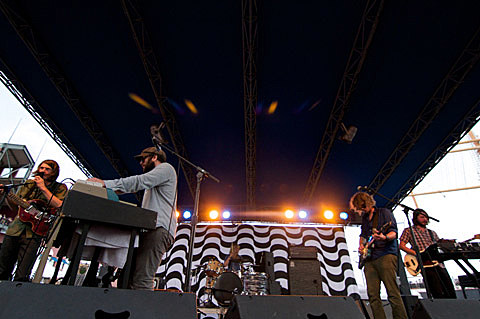 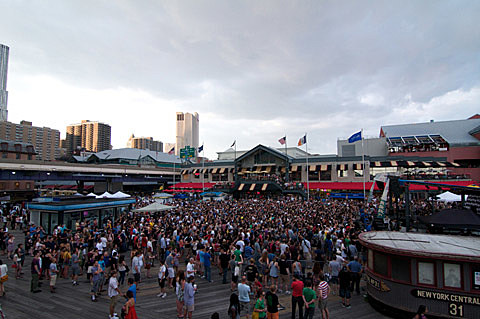 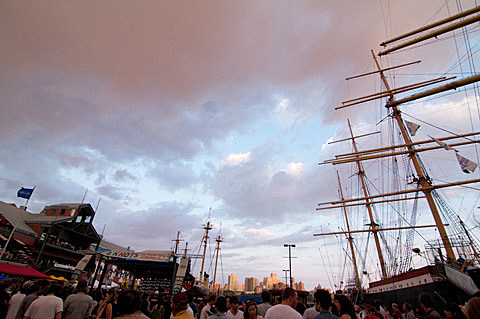