Pictureplane at PS1 in 2011 (more by Erez Avissar) 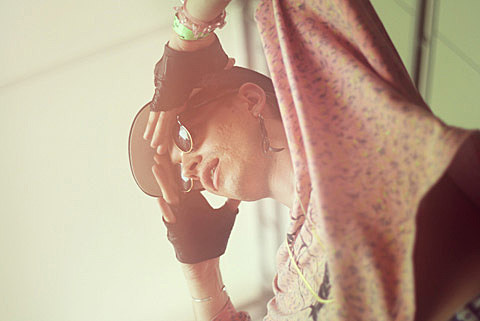 ex-Altered Zones publication AdHoc.fm, who presented a NYE show at 285 Kent, are presenting another show there this Friday (2/3) with Class Actress, Pictureplane, and Beige. Tickets for the show are on sale now.

Earlier this month, Pictureplane released a free remix album, Dimensional Rip 7: Thee Physical Remixes with remixes from Grimes, Tearist, Physical Therapy, and others. You can stream and download that whole album below.

Speaking of Beige, they also play the Captured Tracks show at 285 Kent TONIGHT (1/31) with Blouse, Cosmetics, The New Lines, and Mosaics.

Next week Class Actress heads to California for some shows with Superhumanoids who will be going on tour later this year with Active Child. All CA dates are listed below.

Speaking of AdHoc.fm, they're raising money on Kickstarter to launch the new publication.